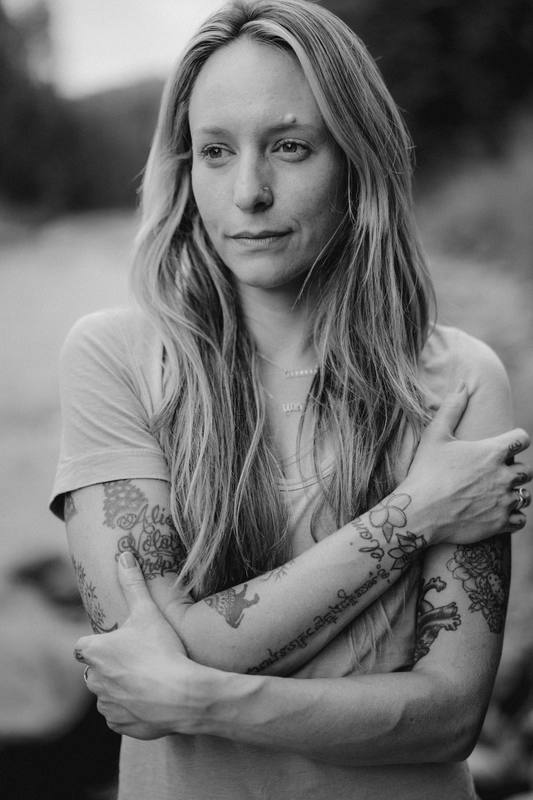 The heart Karlie Cummins wears on her sleeve is a tattoo representing the kintsugi technique, a Japanese art of putting broken pottery pieces back together with gold. This idea embraces flaws and imperfections, leading to the creation of an even stronger and more beautiful piece of art.

While the traumas in her life have broken Karlie into pieces, every triumph gilds her back to wholeness, revealing a more resilient, strong and wiser version of herself.

“I’ve got my heart with my soldered gold,” she explains while looking down past her shoulder at the design etched into her skin, “just to remind myself that although my heart has been broken many times, it’s become more beautiful each time it’s been broken.”

Patterns of pain and anxiety followed by escapism and self-medication began early in Karlie's life. Her restlessness, she recalls, was spurred by the reality of growing up in the “happy valley” of Eagle County. While many mountain-loving locals call this place home, Karlie could see how hyper-transient and elusive it can be.

“The older I got, the more I noticed that people seem to move here to escape,” she says, “and there didn’t seem to be a lot of people trying to really make a life here.”

In middle school, Karlie found a passion for snowboarding. It brought immense joy to her life in the valley, and she started to pursue the sport fervently. The more she struggled at school to stay focused and create trusted friendships, the more she embraced the senses of accomplishment and freedom snowboarding gave her.

Carving powder in the trees and hitting jumps in the park gave Karlie solace and strength, but trauma’s sharp edge sliced hard, and not just once. The tragic death of a close family friend left Karlie’s heart bleeding.

Karlie hid her journals, terrified someone would find them. She armored up, covering anxiety and confusion with a hardened persona.

“In reality, I cared too much, so it went to the other side of the spectrum,” she shares. “I feel like that was my defense, getting all punk rock and goth, and like ‘I don’t care about anything. All I care about is snowboarding and nothing else matters.’”

“Minimizing my pain”
Just snowboarding wasn’t enough to keep Karlie whole. At 16, she had the first of what has now been nine knee surgeries. It took four MRI scans for doctors to find that initial meniscus tear. She felt the doctors weren’t hearing her or taking her seriously, and even after the scope surgery, Karlie felt that no one was listening.

“So I think that’s when I started minimizing my pain, I guess, because what I was dealing with wasn’t enough in anyone else’s mind,” she says.

Once she could snowboard again, Karlie was reckless. No one else seemed to want to respect and protect her body, and her self-deprecating actions followed suit.

She was 18 years old and in her senior year of high school when she got four concussions in five days. The last fall cracked her helmet and landed her in the Beaver Creek Medical Center, then on an ambulance to the hospital in Vail. The pain was out of control, recalls Karlie, managed by consistent doses of morphine. Some of the doctor’s words fill in major lapses of her memory.

“You should be paralyzed or dead.”
“You shouldn’t have survived this many head injuries.”

“You should be in a much worse position than you are in.”

Her senior year of high school and the year that followed are a blur for Karlie. She was taking up to eight Vicodin a day to manage horrible headaches, paired with drinking alcohol to try and stay social since she could not snowboard with friends.

Karlie needed a change. She craved a location where she felt more anonymous and uninhibited. She moved to Portland, Oregon for two years and attended cosmetology school. The change of scenery was refreshing, but her day-to-day was crippled by anxieties that left her unable to be in public places or even go to the grocery store alone.

“I started to realize the long-term effects of my concussions,” she shares. “The anxiety was just crazy.”
Karlie leaned heavily on substances to numb her feelings. It was easy to get prescription drugs in Portland, and she had a fake ID to go out drinking and partying. Then, not too long after moving there, Karlie was sexually assaulted. Again, she turned to substances as an escape.

“I would just go out all the time, and did a lot of pain-numbing once again,” she says. “But a little bit more of the emotional pain-numbing, and kind of reinforcing that ‘My body’s not my own; my body isn’t mine, so I don’t need to take care of it. It doesn’t matter what substances I put into it or how much I drink, it’s not mine.’”

It was a past snowboard injury that brought Karlie back to Colorado. Shoulder surgery was the priority and it was also time for a fresh start.

“I guess I left kind of feeling like a loser, and not cool,” she describes of when she had originally moved away from home. “And then I was coming back, and I had tattoos, and I'd been to hair school, and my entire look had changed, and I'd lived in the big city. I wanted people to see me for who I'd become, not who I was, but it was hard.”

Moving from one difficult situation to another, Karlie quickly fell into a relationship with a man 12 years older than her. He was emotionally, verbally and sexually abusive.

It took several years, therapy, antidepressants and support from friends and family until she was able to completely break free and truly take a fresh step forward. She started focusing on more self-care and going to yoga, and in 2013 Karlie got involved with Children’s Global Alliance (CGA), a local non-profit.

“Inspiration to keep going”
Karlie has found great purpose in her work with CGA — traveling with local kids to help struggling communities all over the world. When she isn’t out of the country, Karlie works hard as a full-time hairstylist to support her passion of helping others. Nagging injuries still limit her outdoor and active pursuits, but Karlie says she finds peace and comfort spending time outside and with her dog.

Helping so many young people has inspired Karlie to continue this work through W1LD Coaching, her company that supports young adults in achieving a strong sense of self so they can transition from adolescence to adulthood with confidence and authenticity.

“My hope is that by being a life coach, maybe I would get some kids that just need to get comfortable talking to somebody,” Karlie says. “And to realize that it's not one size fits all, and to realize it's going to take trying different things. And maybe a life coach is more up your alley, maybe a psychiatrist is more up your alley. Maybe you're on medication for a while and then you're off, and then you're back on. And just having the resources to be able to try different things and figure out what works best.”

The name for W1LD was inspired by words from a Mary Oliver quote:

“Tell me, what is it you plan to do with your one wild and precious life?”

Two years ago, Karlie was in Nepal with CGA when her mom called with horrible news. The man Karlie had recently stopped dating had taken his own life. While their relationship had been tainted by his addictions and the repercussions that followed, the love they had for each other was always common ground amidst their struggles.

“Right now, I’m coming off the two hardest years of my life,” shares Karlie. “And things are looking up, but it’s still hard. I definitely feel like I’m starting to put myself back together.”

Karlie says she shares her story because she knows it can help other people.

“I don’t want the struggles that I’ve had to not have a purpose,” she explains. “I want every hard thing that I’ve been through to help somebody else, whether it’s letting them know they’re not alone, or helping them make different choices, or just giving them some inspiration to keep going.” 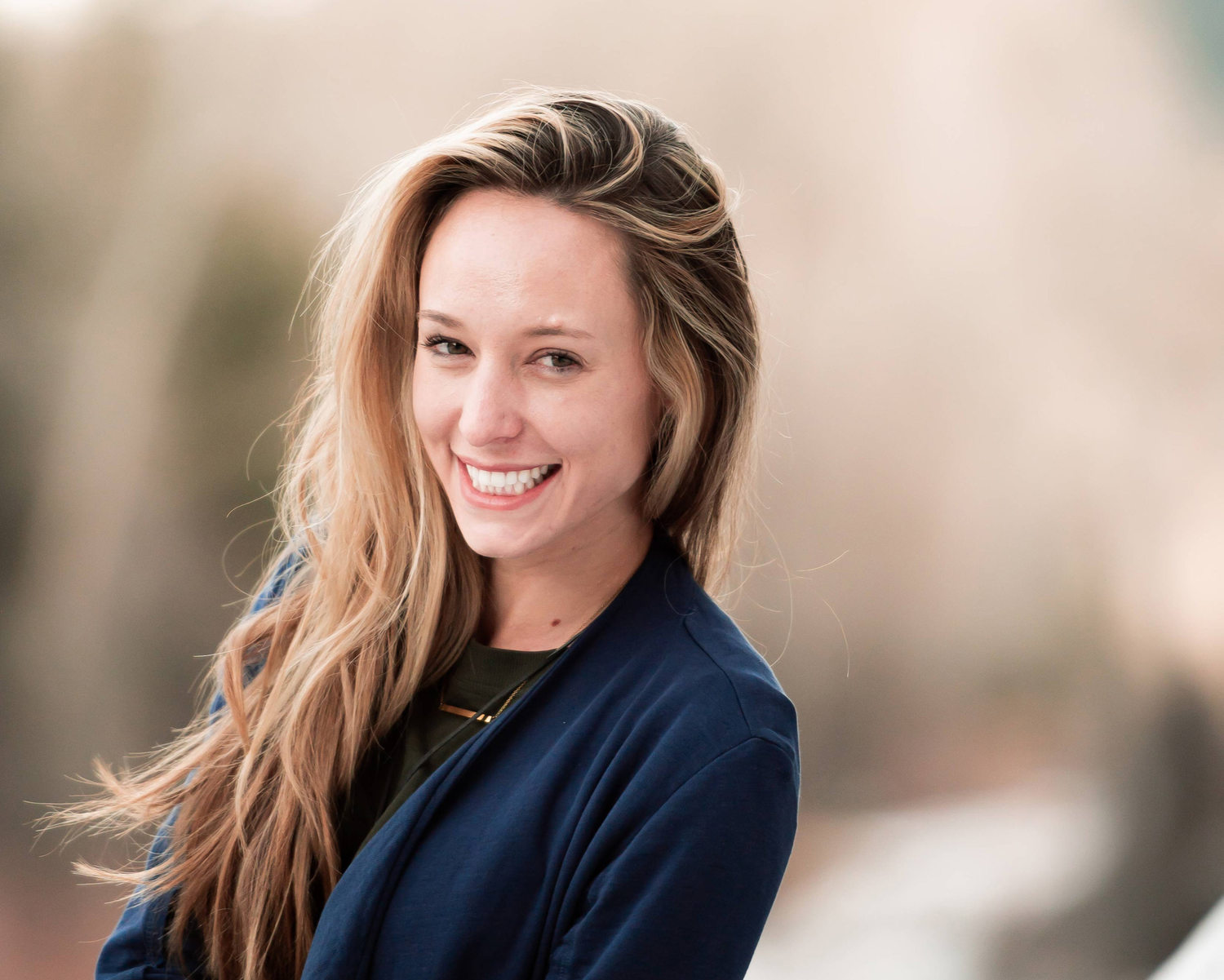 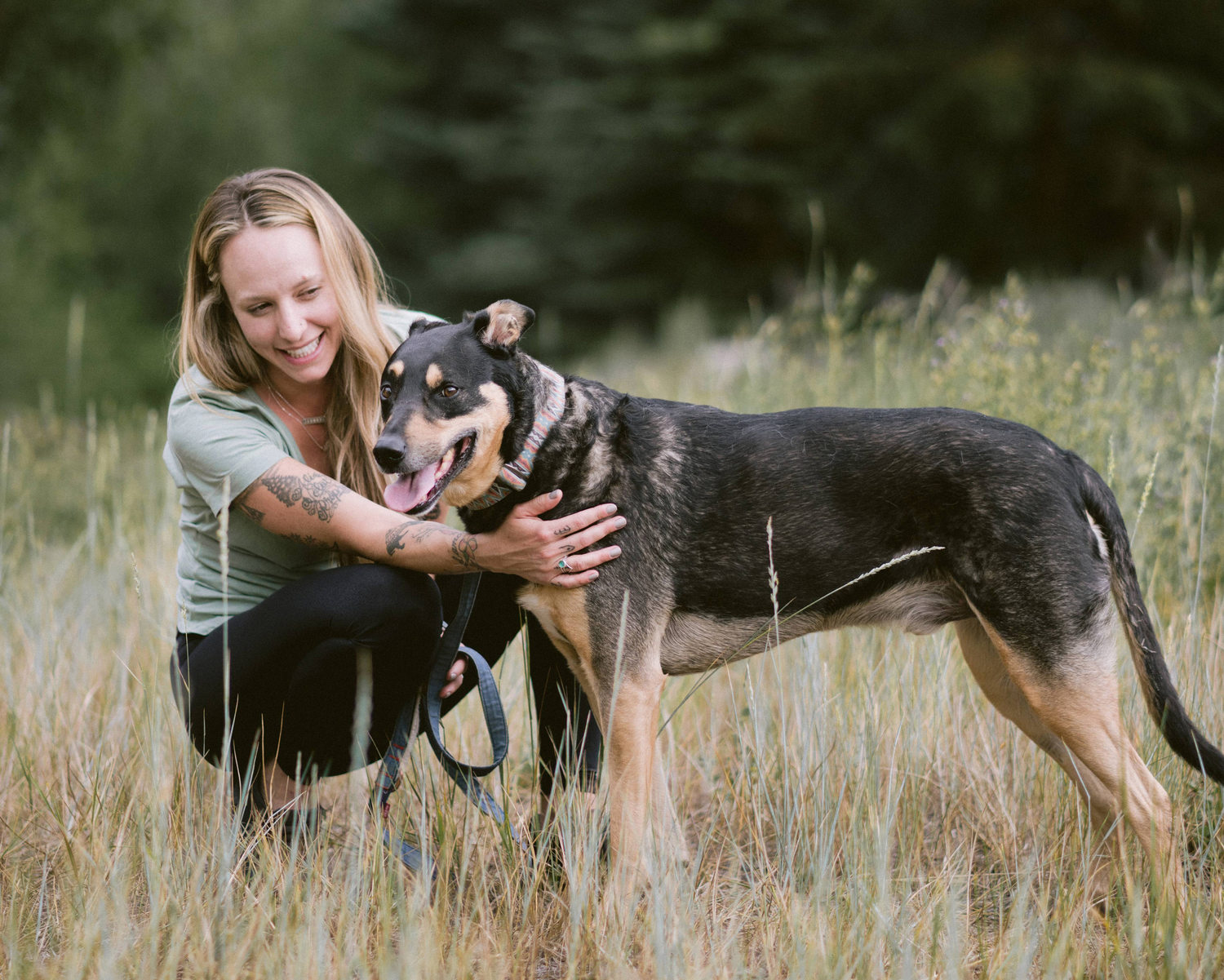 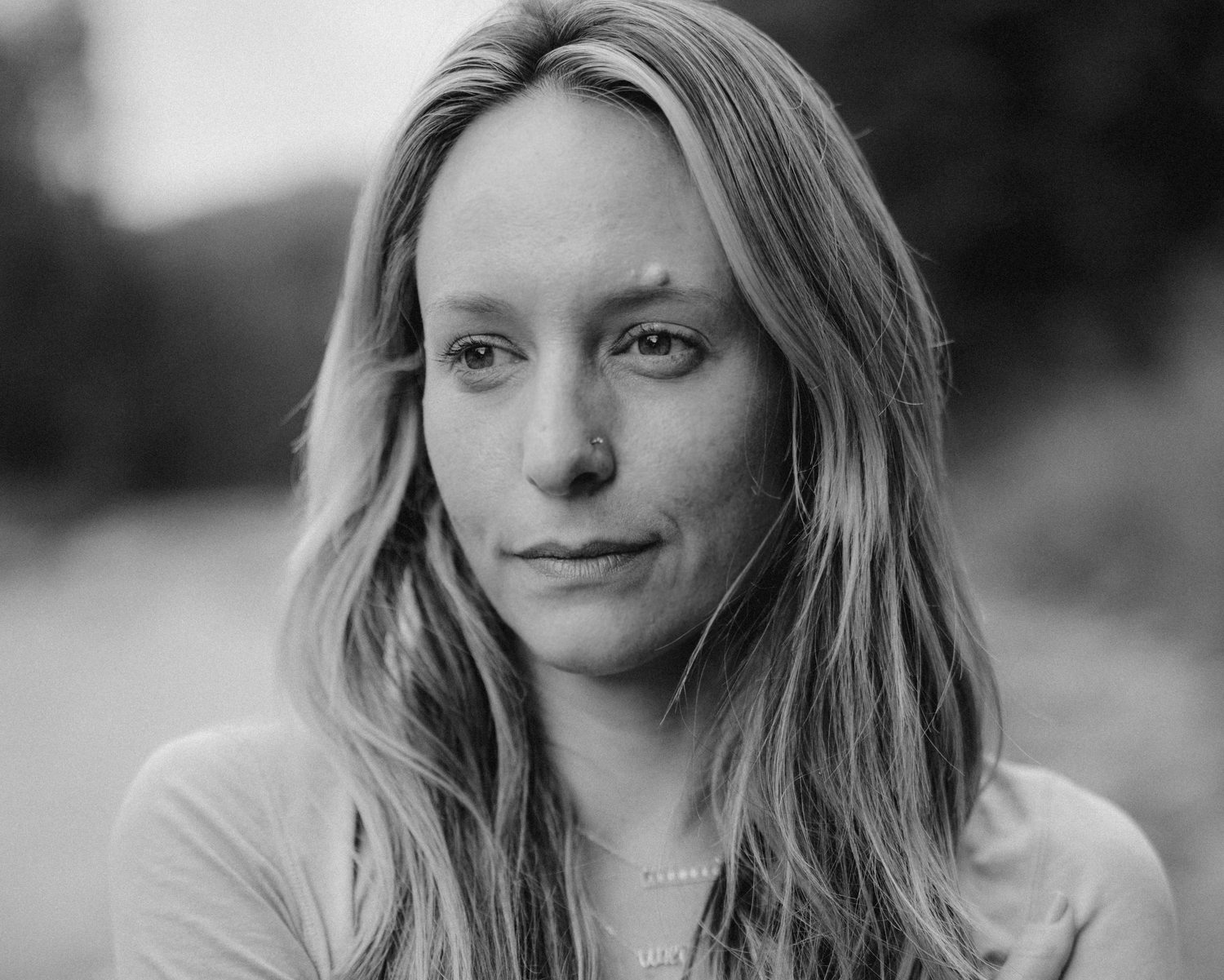 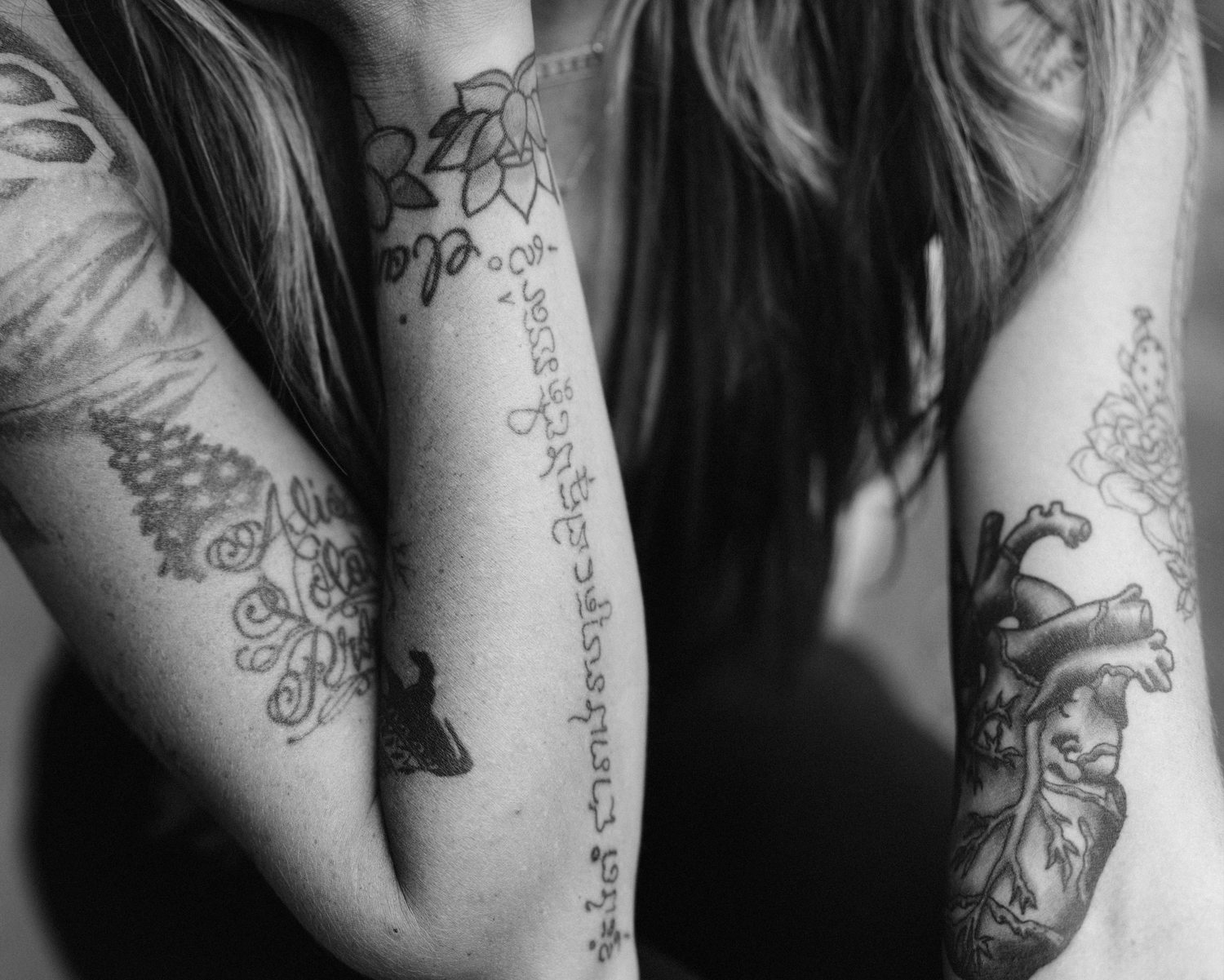