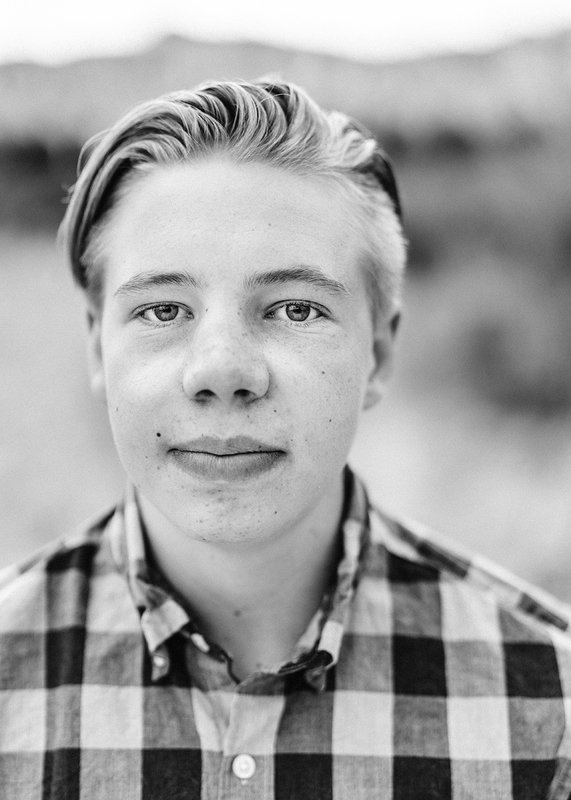 Finn Mott was 13 when he started getting severe headaches. As the final months of his eighth grade year were consumed by pain and dizzy spells, Finn stopped going to school and had to sit out of soccer practice.

“I remember sitting in the tube of the MRI, worrying about how my hair was going to look afterwards,” shares Finn. “Because really the only thing that mattered to me at that time was being popular and having the perfect hair.”

Not long after the scan, his common teenage concerns were exceeded by something much more critical. Finn had cancer in his brain and his spine, and from the moment he received this news, every priority changed.

On the way to Children’s Hospital Colorado, where he would proceed to undergo a lower lumbar puncture, brain surgery, four rounds of chemotherapy and 30 days of radiation, Finn asked his mom if he was going to die.

Now 18 years old and in his first year of college, Finn is a true survivor. But cancer isn’t the only battle he has had to fight.

Depression After Cancer
Finn says he began struggling with his mental health the moment he was diagnosed.

“I pretty much became depressed on the spot, and didn’t want to fight for my life anymore,” he says. “I didn’t want to go through this. I didn’t see the light at the end of the tunnel. That was very hard to overcome.”

In the hardest times, Finn describes his depression as a dense fog that clouded his mood.

“I wanted to be happy … kind of like when a rainstorm hits and you want the sun to come out, but it’s going to rain harder and harder until it becomes sunny again,” he explains.

Finn says cancer changed him profoundly — physically, emotionally and mentally. Physically, he lost more than 25 pounds and wasn’t able to return to soccer or cross-country running in the way he wished he could. His eyes were damaged, and his endocrine system was knocked completely out of whack.

“I’m going to have to take pills lifelong, and injections. And you know, it can strain a person, especially when you have a big scar on your head and scars everywhere, and your veins are black and blue from being poked and prodded,” he shares. “That physical pain manifested itself a lot mentally and emotionally. Specifically, mentally.”

There was a point during his sophomore year in high school when Finn says he felt the lowest he’d ever felt. He just wasn’t able to be as happy as he used to be. His parents noticed his lethargy and extreme apathy, and they took him back to Children’s Hospital where he was diagnosed with depression.

He did not want to accept any of it, nor admit that he was “damaged and bruised.”

“And it was also very emotional,” he shares, “especially when you’re in treatment or a hospital like that, it doesn’t feel like you have a choice very often. And they’re just like, ‘Oh, you have to get this,’ or ‘You’re going to do this.’

“If I were to feel any pain, it would just make it worse. So instead I chose to just become numb, and as if I wasn’t even really there. I was kind of living out-of-body and because I did that, I had a really hard time processing what was happening and what I was feeling. And that’s a lot where writing came in, because even though I couldn’t feel that, I could write. My writing gives me permission to feel what I cannot always express.”

A New Chapter
Along with the daily practice of writing, Finn attributes much of his initial and continued psychological healing to attending Roundup River Ranch, a camp for kids battling or surviving serious illnesses.

“When I went there, I wasn’t treated as somebody with a bald head,” he shares.

Finn also began seeing a counselor. He says this helped him see that his illness can only define him if he lets it.

Finn also found a new passion: coffee. He says it was one of the first things that brought happiness back to his life.

“You know, coffee is that thing that brings people together, or tea, or whatever it may be,” he says. “It’s the thing that brought me to other people to show myself as somebody that’s not defined by their illness … Coffee was the bridge between my old world and my new world. And my old self and my new self. And finding out my new self through the lens of coffee largely cured my depression in many ways.”

Finn plans to either double major or independently design a major in poetry and business administration at Colorado College. While he misses his family and his three dogs, Finn is ready for a fresh start.

“I’m very excited to go to college and have nobody know me as ‘the kid with cancer.’ I’m just Finn, I’m just a fresh slate, fresh identity and it's exciting, and it’s also nerve-racking, of course.”

New challenges are inevitable, yet Finn says he’s not afraid to ask for help or support when he may need it.

“If I ever become depressed again, or I’m having a rough time, I’m no longer afraid to reach out because I’m no longer afraid to be labeled as somebody who’s ‘broken’ or ‘damaged,’” he shares. “I had not accepted myself for a long time. And it has taken years for me to be able to say, ‘I had cancer and it does not define me. It empowers me.’” 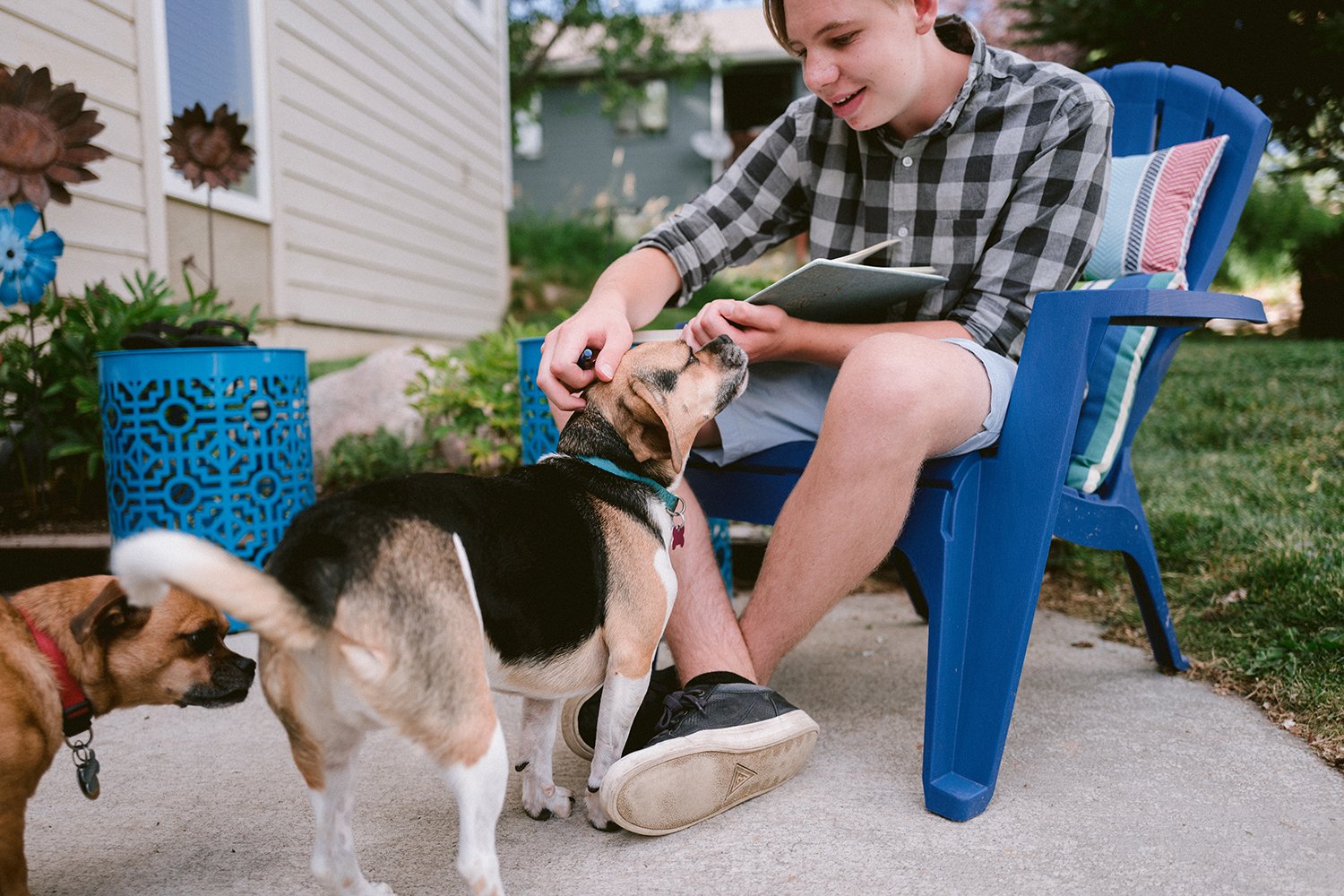 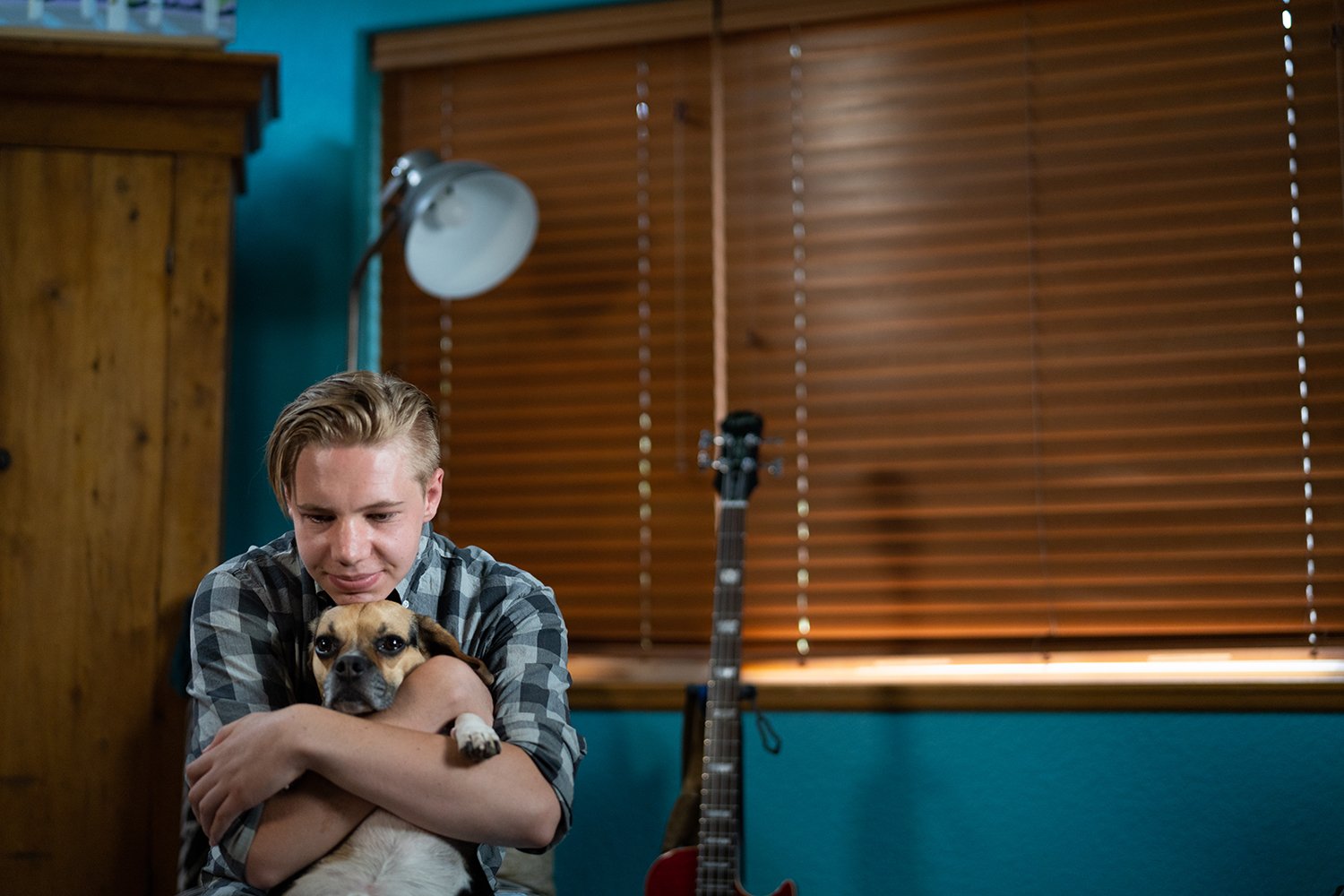 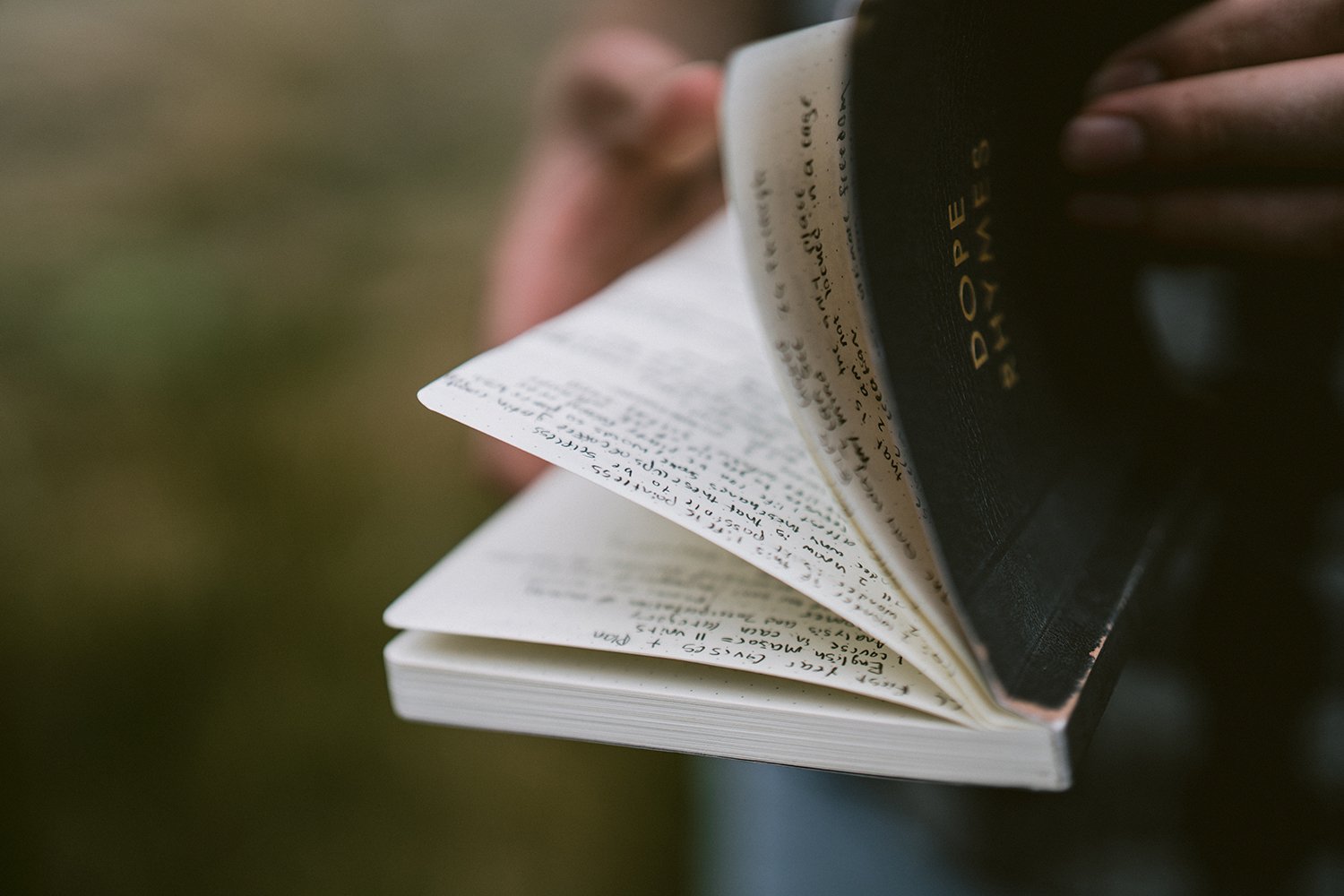 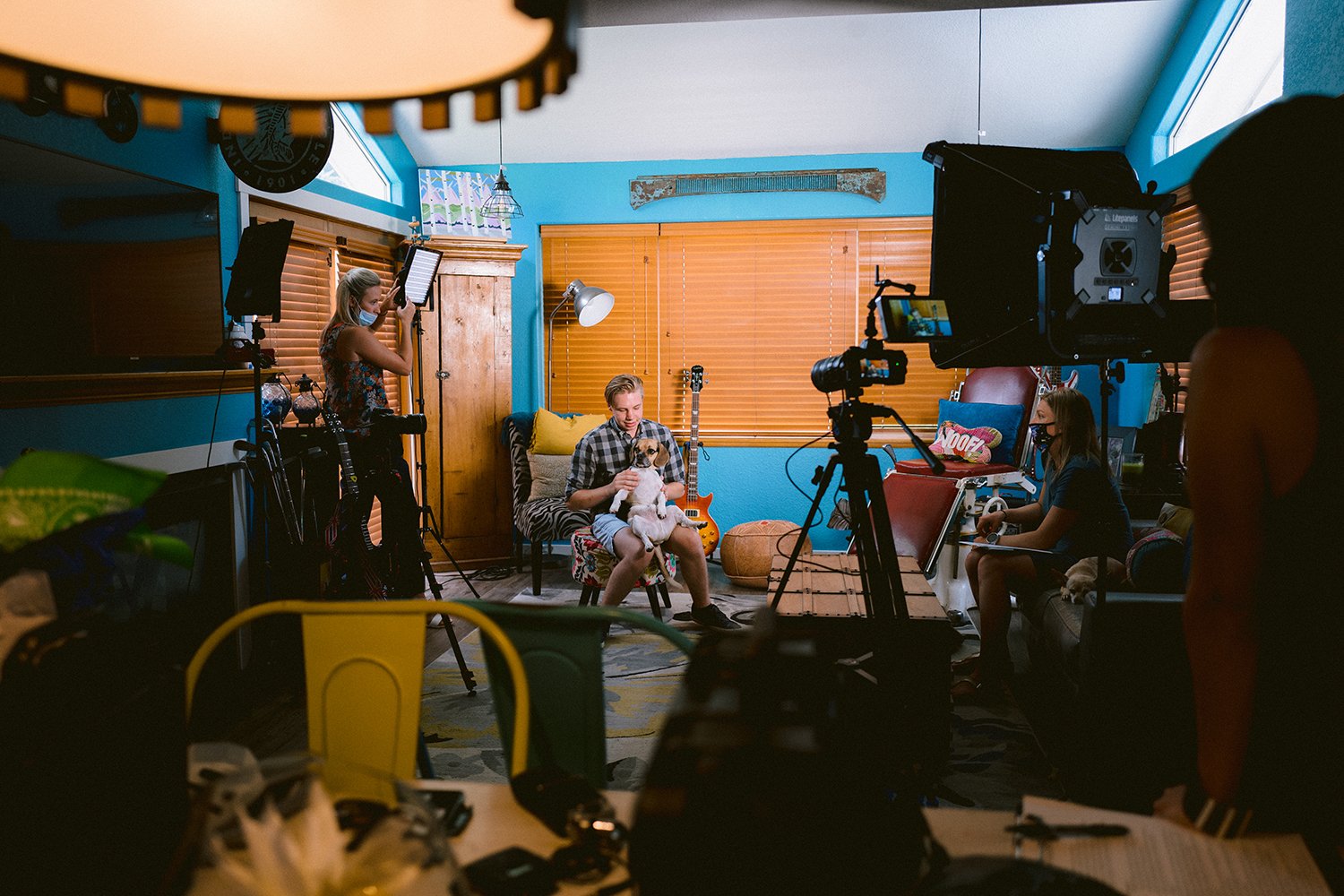