John Shipp: The Spirit of Perseverance 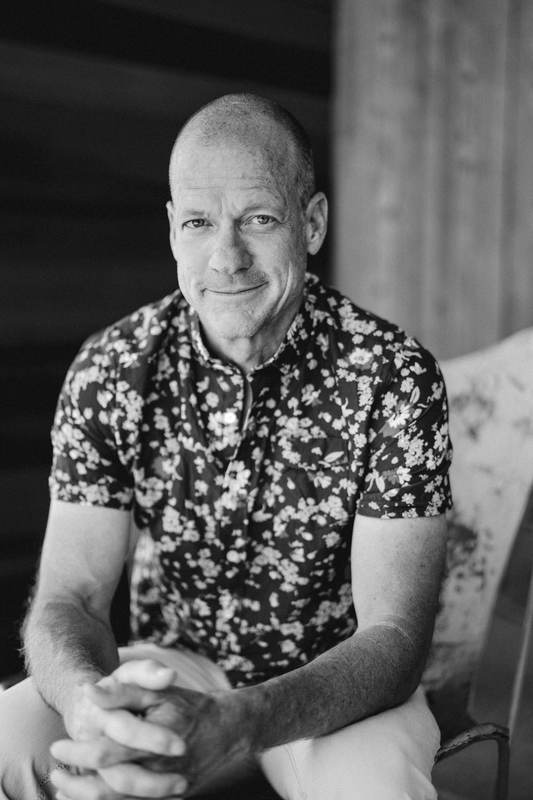 COVID-19 hit John Shipp from every angle. All at once, the local restauranteur was struggling amidst the stress of halted business, social isolation and surgery from a broken ankle.

“I was depressed,” he shares. “I was severely depressed.”

John doesn’t remember pouring the first drink. He does, however, remember asking for help at a Zoom meeting with Eagle County government officials and business leaders. A longtime local and active member of the community, John had not only worked with these key leaders, he had made them his friends. The agenda was to discuss the local impacts and strategies around managing the COVID-19 crisis. John made it known he was in crisis himself.

“I went to that meeting because I wanted help,” he explains. “Fifteen years ago, I never would have done that; I would have just sat there in my own misery and wallowed in it and made it worse. But I was like ‘I want to get out of this,’ and that’s a step.

“I said, ‘I am struggling right now,’ and I’m sure it was apparent,” he shares. "I got on that call to ask for help, and I never would have done that before.” Some of the people in that meeting rallied and started the process of getting the help that I needed. For that, I am forever grateful.”

Numbing the Pain
John grew up in Denver, and was the youngest of seven siblings. He recalls a “very nice upbringing” with a supportive family and lots of good friends. He has since learned of his genetic history and has identified a pre-disposition to addiction on his father’s side. As a kid, John witnessed his dad live as a functioning alcoholic.

“He went to work every day,” recalls John. “He came from an era that was, as long as you got up and went to work and your business was intact and thriving, you were showing up every day, right? And you did your duties, and then at night you drank to unwind. My dad was a great person who did everything for everyone else, always helping other people. He was too proud and stubborn to accept help for his own struggles, a common challenge facing our society.”

John was in junior high school when he tried alcohol for the first time. He says he remembers sitting there drinking as a familiar feeling surfaced.

‘Oh, this feels like when I was in the hospital with morphine.’

The feeling was relief—that which he had felt while severely sick in the hospital with appendicitis and peritonitis at age 12—and John would continue to misuse alcohol at different times in his life to find that feeling of relief from the pain, both physical and emotional.

“I am convinced that all substance misuse is driven by another issue, now called dual diagnosis,” he explains. “The self-medication is a coping mechanism to deal with unsettled emotions. These can be chemical imbalances, traumas and other life issues. Those can manifest in depression, anxiety, mania, etc. The real work and challenge is to get to the root cause of that pain.”

In the past 15 years, John has studied addiction through short and long stints at some of the leading inpatient and outpatient facilities throughout the country. “My crusade has led me to discover that the best medicine for substance misuse is to reduce the stigma, open up about it and share your story,” he says. “I’ve been on every medication you can think of for this disease, and I’ve found that the cure is the people who understand your challenges and treat you with compassion and respect. Period.”

The Warning Signs
John says that when he looks back now, he can recognize manic and depressive episodes that started in his teens and into his twenties. He maintained a sense of balance through the outdoor activities he pursued with passion. Drinking was a social outlet that never seemed to get too out of hand.

It was in his late-twenties when life shifted. He got married, became a father and began seriously pursuing his career in owning and operating restaurants. He became more sedentary, which affected his mood.

“There were some challenges at that stage of my life, with a lot of things in terms of pressures from work, relationship issues, emotional traumas,” he shares.

John started leaning on alcohol more. The only way he could sleep was if he drank at night. “I still got up every day, but I just numbed it every night,” he says. “I made my pain go away with alcohol, temporarily."

John managed this existence for about four years. Eventually his drinking took hold in a way he could no longer control. He recalls a weekend when he couldn’t stop drinking. John checked himself into treatment for 30 days.

“I was hell-bent on staying healthy and eliminating alcohol for the rest of my life,” he says. “And that was not so easy. It didn’t turn out to be as easy as anybody would like it to be.”

‘Back into Balance’
John acknowledges how much alcohol is celebrated in the restaurant world and the resort community as a whole, and while this hasn’t made it easy for him to stay sober, social drinking is not the main catalyst for his consumption.

“When I drink, I drink alone,” he says. “I drink very poorly, and I drink to excess—to the point where it’s dangerous, physically and mentally dangerous. I would drink to get relief from the pain, if only temporarily. Your subconscious mind can be very tricky. As they say, it is cunning, baffling and powerful.”

It was in his thirties when John realized he should never drink—not in social situations, not just on weekends, not anytime at all.

“That’s when I would say my binge drinking pattern started,” he says. “And that’s been over the last 15 years. It all depends on where my balance in life is—if I’m in balance, I’m healthy and I’m not drinking at all, and I don’t have episodes. If I’m out of balance, I find that I can only handle so much before…,” he trails off. “Most of the time I can get through it, but that tiny percent…”

John estimates that out of the 365 days in a year, 364 of those days he’s more successful than not.

“If I'm not successful,” he adds, “it can range from a bad episode to a just okay episode, where I drank for maybe a day or a night or whatever, and realize, ‘Okay, that was not what I wanted.’ And I get back into balance.”

Most recently, John had been doing very well, even after a skiing accident and the pandemic. Then, he had another accident that required surgery. “The fact that one of my vital sources of balance—physical exercise and movement—was taken away caused me to start to go into a tailspin. The ongoing pandemic, the general fear and isolation, and my immobility threw me out of balance. If you throw too much stuff at any one person, their vulnerabilities will come through.”

John told his surgical team he struggles with addiction. He knew that managing the post-surgical pain would be a challenge, and he was disappointed when he didn’t receive the support he needed from his care team. “They had no protocol to deal with a patient with substance use challenges, which is crazy,” he recalls.

John feels there is still a gap in the connection between body and mind health in western medicine. “It was my local support group, friends and family who got me out of the darkness and into the light,” he says.

It’s Okay to Struggle
John has seen the dark path of addiction, firsthand. His brother, Dave, also started misusing alcohol in his late-twenties, and while he became sober for over two decades, he experienced some significant life changes and began to spiral into depression. He tried getting help from a general practitioner, who prescribed anti-depressants. Eventually, though, he turned to self-medication in the form of alcohol and ultimately died from depression and alcohol use.

John says his brother self-isolated and drifted into the darkness. He didn’t reach out for support.

“Over the years, I’ve gone from being alone and never asking for help, to now including people so that they know I’m struggling,” says John. “I now know that people want to help, and I too would help them if the tables were turned.”

John wants people to know it’s ok to struggle, that it doesn’t mean you’re weak or a lesser person. He understands the topics of mental health and addiction are uncomfortable for some, to which he says, “Well, it’s time to get uncomfortable.” He shares his story to show others a way toward hope.

“When you start opening up, it’s one of the best things you can do, to start talking about it,” he says. “There are a lot of success stories of people who have overcome their challenges and are living a happy, healthy life, because where you're at now is not the way it always has to be.”

When what John refers to as the “trifecta” of trauma, mood disorder and addiction tries to pull him under, he knows the courage and diligence it takes to stay the course. He goes to group meetings regularly; commits time to meditation and centering practices; relishes in his 22-year-old daughter, Lyle; and pursues his passions in the outdoors. He has formed a personal “health and wellness committee” to support him, led by his significant other, Becca, who he credits with saving his life.

John refers to his addiction as a gift because it has made him more compassionate and a better person. Still, he says it’s not easy to live with.

“And you can’t quit trying,” he shares. “I mean giving up is not an option because sometimes you want to. It’s a lot easier to give up than to keep going. I would say my biggest word ever, always, my whole life, is perseverance.”

When reflecting on his journey, John has found himself asking lots of questions, searching for a deeper understanding. He says he’s always been seeking answers to difficult questions like, “Why do I have bipolar disorder, why do I struggle with addiction?”

When he finally found the answer he was looking for, he explains a moment of clarity. “A light bulb went off in my mind, and suddenly I was at ease. The answer to all my questions is, and has been, that there is no answer,” he says. “Life is life. It’s beautiful, tragic and challenging. We seek to understand the ‘whys’ behind it all, but once we accept that ‘it is what it is,’ we can find happiness and peace. Attitude is everything—life is 10% what happens to you and 90% how you react to it.”

If you or a loved one need help, call the Hope Center at (970) 306-4673. View more addiction resources and programs with Eagle Valley Behavioral Health community partners. 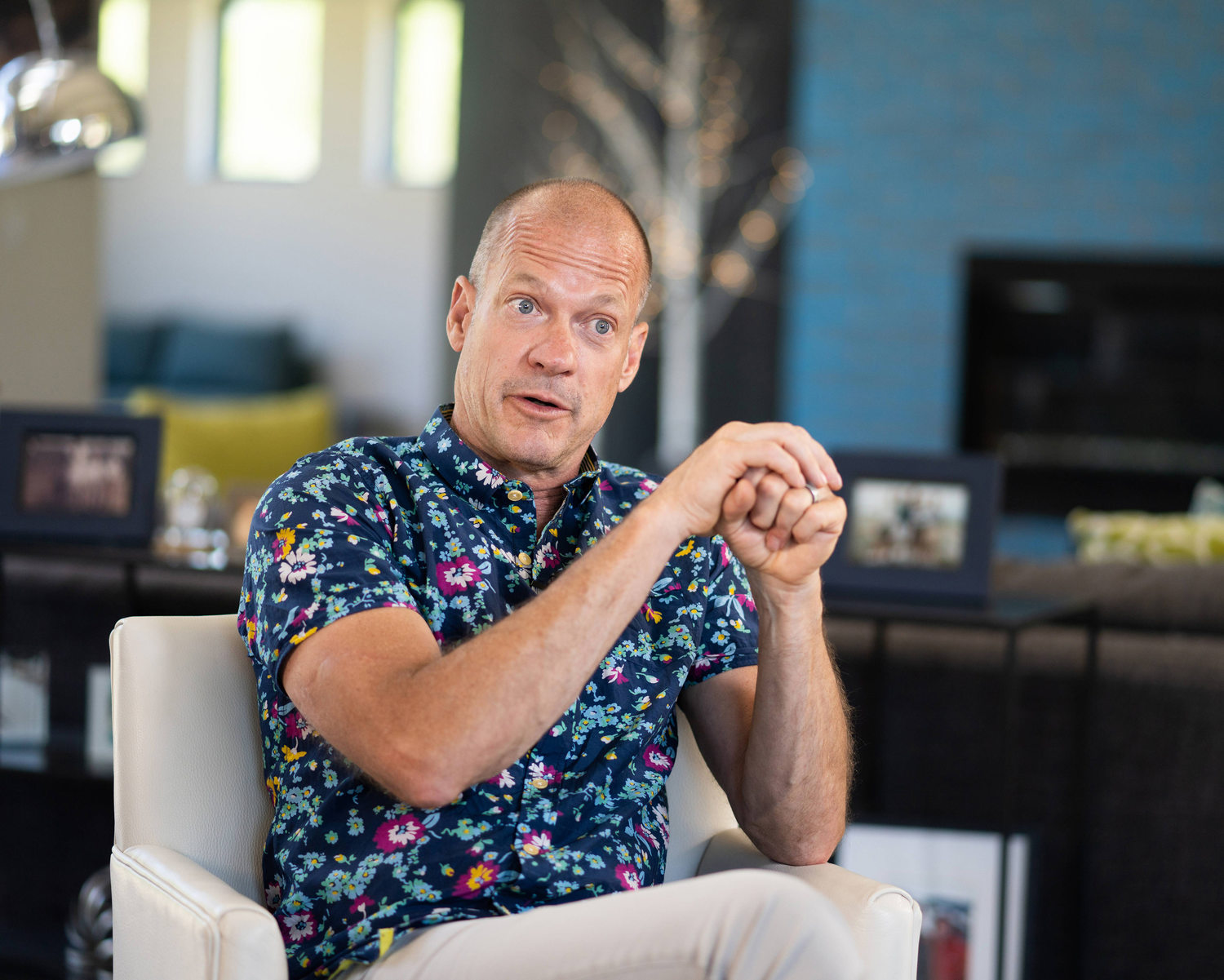 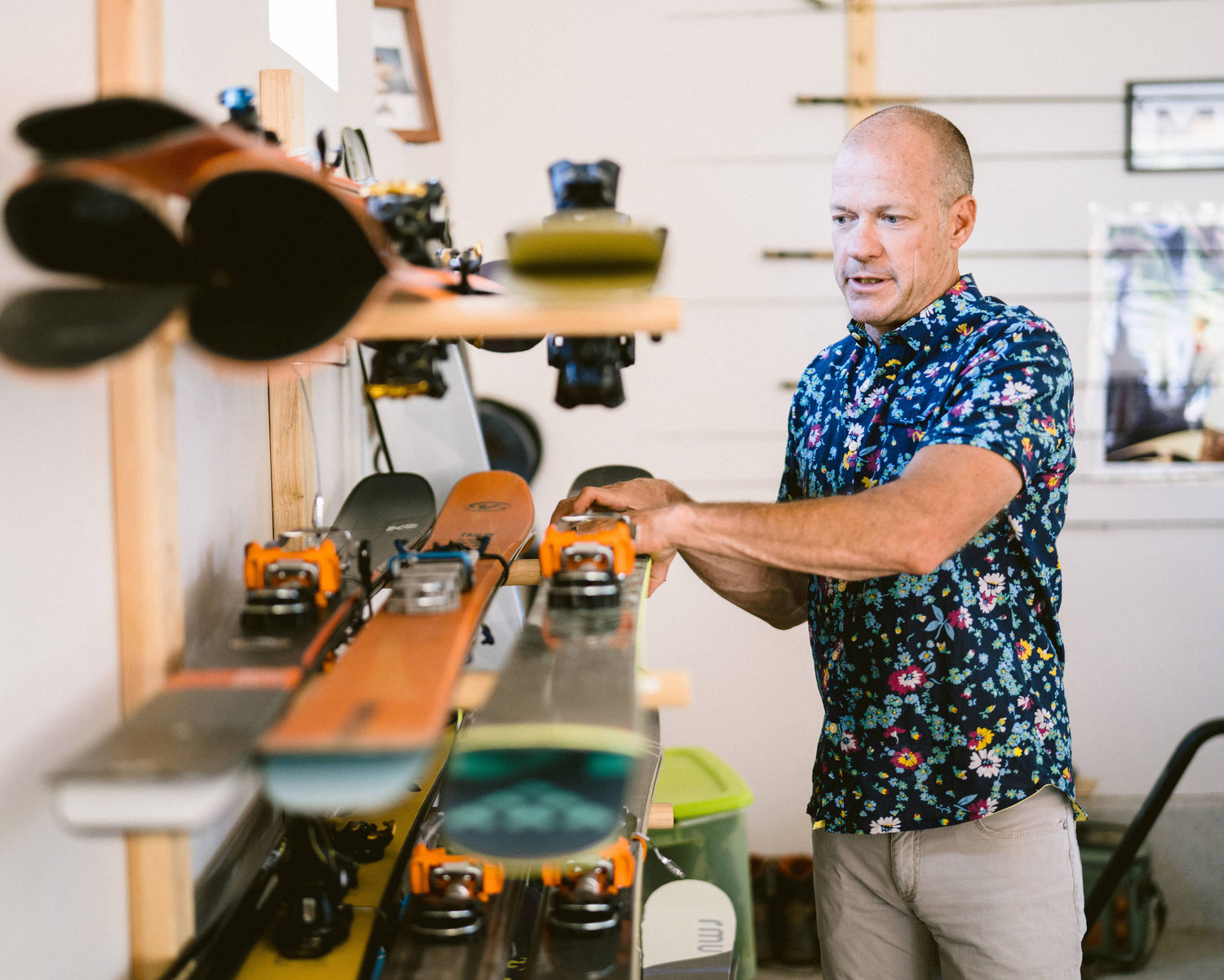 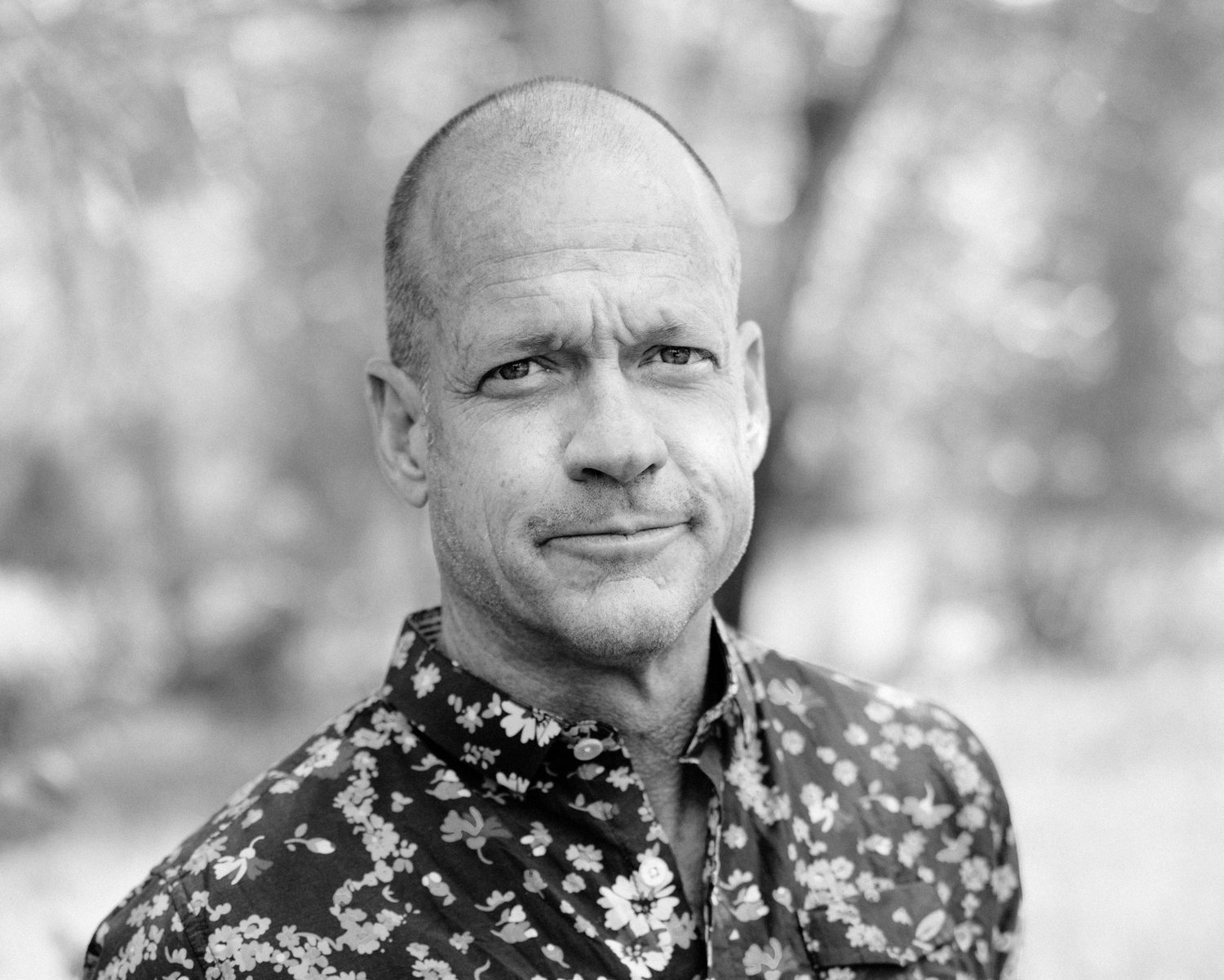 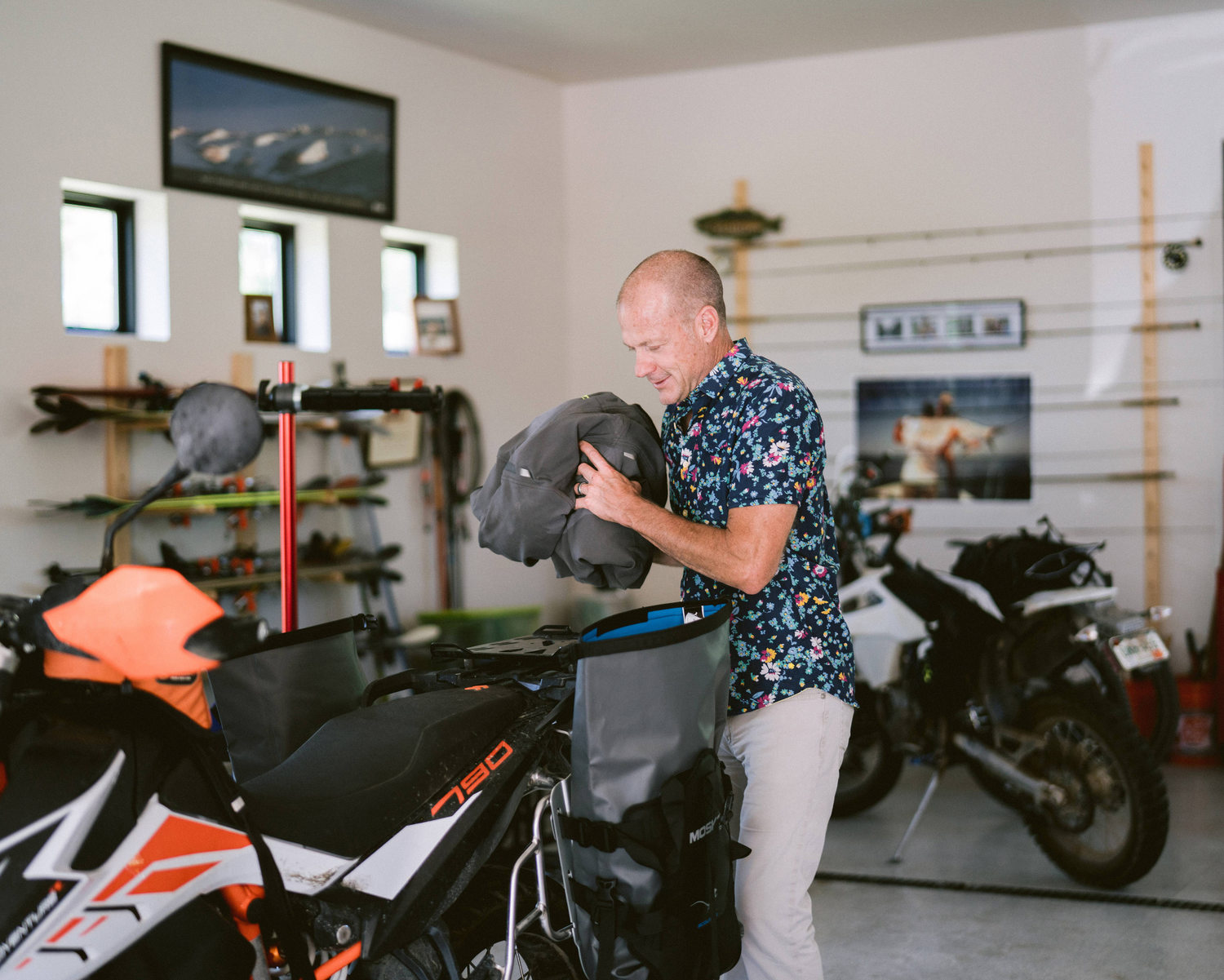 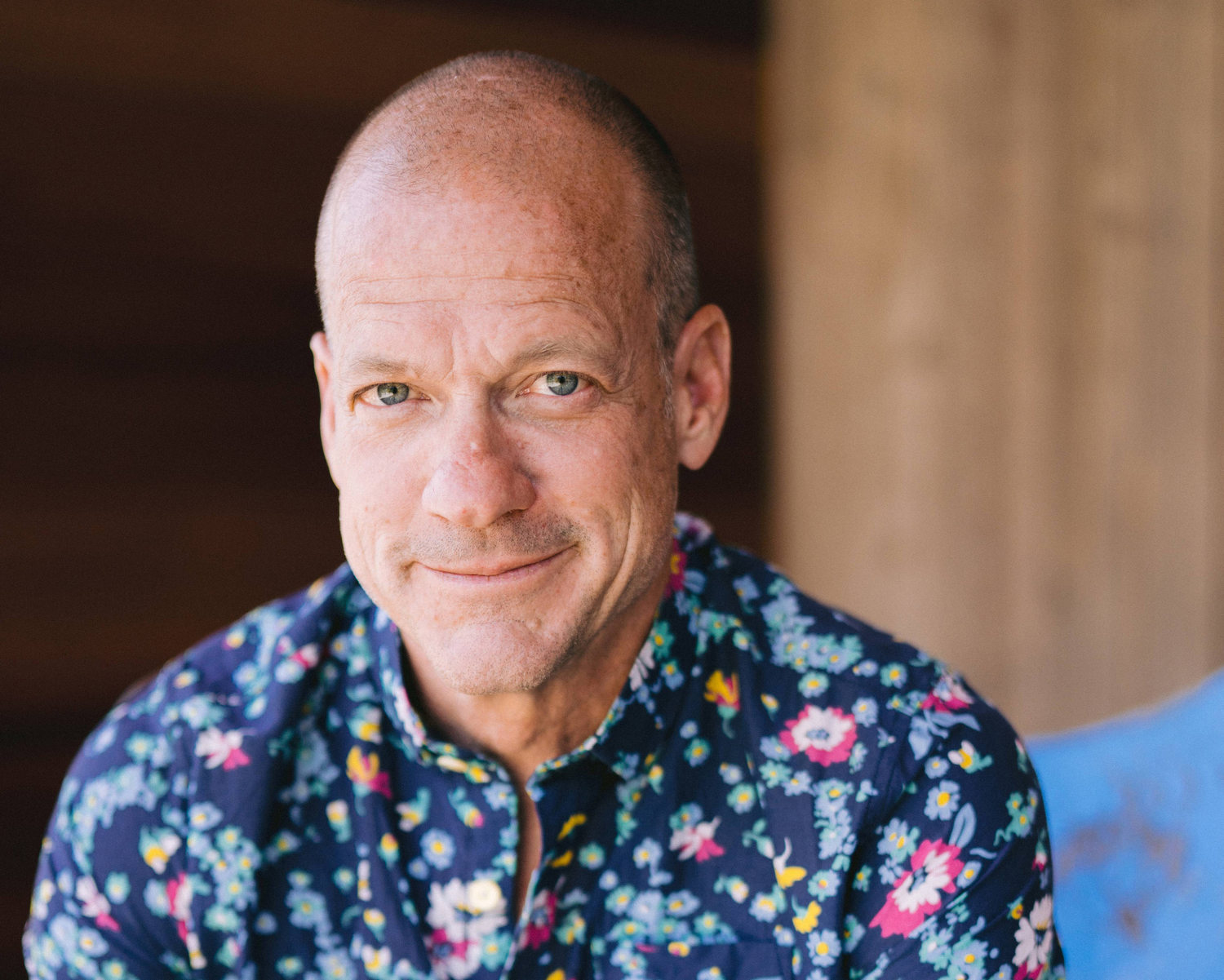