Amanda Precourt: I Am A Survivor 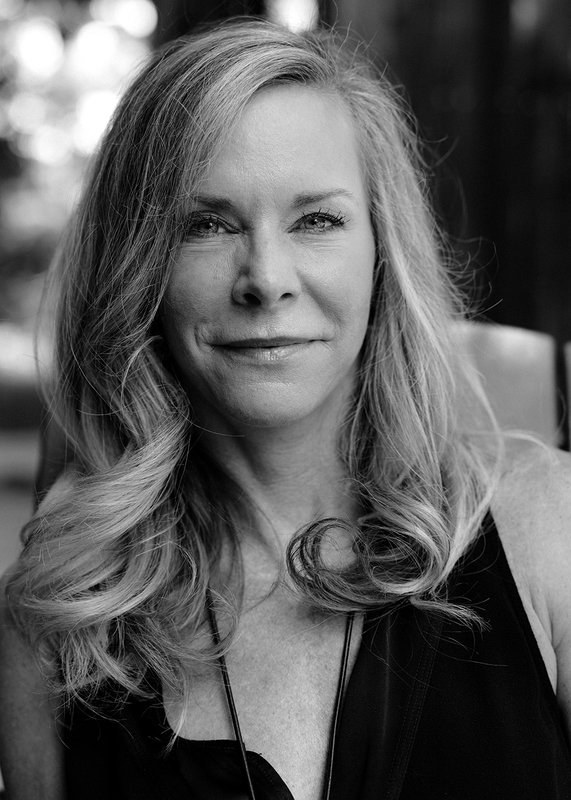 Amanda Precourt didn’t want to get out of bed. She didn’t want to ski or socialize. Even amidst heavy apathy, she wasn’t sleeping. She was becoming increasingly tired all the time, exhaustion paired with panic attacks, hot flashes and night sweats. Not yet 40 years old, Amanda knew this wasn’t menopause, and she says she started to lose touch with reality.

“I didn’t want to live anymore because I was so miserable,” she shares. “I hadn’t slept in a year. I felt crazy. I felt completely crazy.”

Years earlier, when Amanda was a sophomore at Stanford University, she had started to get really bad headaches and began feeling disassociated from her body. Intense and disorienting panic attacks began, episodes where her heart would race, she couldn’t speak and lost feeling of her hands, then felt like she would pass out. It took about six months for doctors to diagnose generalized anxiety disorder and major depressive disorder. All the while, Amanda remained high-functioning and didn’t let her struggles be known to peers or family.

“I didn’t really think much about it,” she shares. “I just took Prozac and didn't really want anyone to know because I didn't want it to be a handicap or considered abnormal that I dealt with depression and anxiety.”

For over a decade following college, Amanda continued to hide her mental health issues from the outside world.

“I blacked a lot of stuff out. I went through a divorce when I was 34 and 35,” she shares. “I started abusing drugs and alcohol to sort of mask my anxiety and depression. Again, I didn't want to go ask for help. I didn't want to deal with the fact that I was really depressed.”

Amanda split time between Vail and Denver throughout the years, skimming on the surface of life while a dark undertow ensued. She was successful in her career of building homes and interior design, incredibly philanthropic and the life of every party. Yet her internal battle started to become too much to bear. She was pulled toward rock bottom, unable to function and crying all the time. She knew something was wrong, that her mental health was slipping, but Amanda was too embarrassed to let anyone know she was starting to drown.

Rock Bottom
Amanda was 37 years old when she tried to end her life by throwing herself out of a car at high speed on the interstate. Her mother was driving, bringing Amanda back from a series of tests at the hospital in Vail. Something just switched in her brain, Amanda recalls, and she didn’t want to live another moment.

Her mom grabbed Amanda, slammed on the brakes and pulled over.

“I mean, it was a miracle,” says Amanda. “I can’t believe I wasn’t injured.

“I was thinking how mortified I was that I could be such a high-performing individual and someone who had been so driven, and so ambitious, and so on top of the world, and that I was in a place that was so low,” she says. “I just said, ‘I don’t want to be this person. I don't want to be here. I just want to go away.’”

Amanda was put on a 72-hour suicide hold before being transported to Highlands Behavioral Health in Denver and then to The Menninger Clinic, a leading specialty psychiatric hospital in Houston, Texas.

Amanda says Menninger saved her life. She was there for 15 weeks, working with experts to balance her endocrine system and treat her depression, which she learned is linked directly to hormonal imbalances.

“I knew I needed to stay because I couldn’t live in the world the way I was,” shares Amanda. “But it was tremendously, tremendously hard. I also just wanted to get better. I wanted there to be a quick fix. I kept saying, ‘It’s been four weeks, can I get out? It’s been eight weeks, can I get out?’ It took as long as it took. I couldn’t leave and reintegrate into the world until I really had my hormones balanced, and that takes time. It also takes time for the medications to work. It’s not a quick fix, but it is a fix. It is life-saving if you stick with it.”

Amanda says she was embarrassed and heartbroken, but even more so, relieved. She finally realized she was going to get help.

Managing Mental Health
Emerging back into life after treatment was hard, Amanda shares, as she had to reintegrate into a world that didn’t understand where she had been.

“I think there were a lot of questions and a lot of rumors circulating about what had happened to me and why I had disappeared,” she shares. “I didn’t talk about it for about five years because I didn't know how to describe how low I’d gotten. Now I’m really happy to be able to tell my story because I think it's really important that people understand that this happens and it's really common.”

Amanda says she started to feel a sense of wonderment and excitement about facing the world with the understanding of what her brain really was dealing with.

“Now that I’m healthy and happy and managing my mental health on a daily basis, I am so grateful that I'm alive. I want to save other people.”

As a generous Vail Health Foundation benefactor and Eagle Valley Behavioral Health Board member, Amanda has been instrumental in supporting the organization’s efforts to transform behavioral health in the valley.

“This is my thing. This is my cause. I am 100% behind everything Eagle Valley Behavioral Health is doing and Vail Health is doing,” she shares. “I have to say that I am so incredibly impressed with what they have done in such a short period of time. In just a year, Eagle Valley Behavioral Health has done more for our community than I think we could have done in 10 years in a lot of other communities.”

Managing mental health is a daily practice for Amanda.  “It’s not something that just goes away, I can’t just take my medication and assume that I’m going to be okay. I really have to work at it,” she shares.

Amanda uses physical fitness, time in nature, walks with her dog, moments to slow down, mindfulness, journaling and meditation as tools to maintain her mental wellness. And distinct from those years she spent alone in her darkness, Amanda sees a therapist regularly and asks for help and support from her husband, friends and family when she needs it.

“I’m really happy to have my dark days because I wouldn’t enjoy life and the beauty in life without having struggled,” shares Amanda. “Now I really realize I am a survivor. I’ve had many chances to exit this world, and I haven’t taken them. Although I did try, I survived. Now when I have those down moments, and I get them — where I have a moment of thinking, sadly, I want to leave the world — I correct myself really quickly and I have to remind myself that I am a survivor. I’m meant to be here on earth because I have a lot to do. I have a lot to do. So I survive every day.” 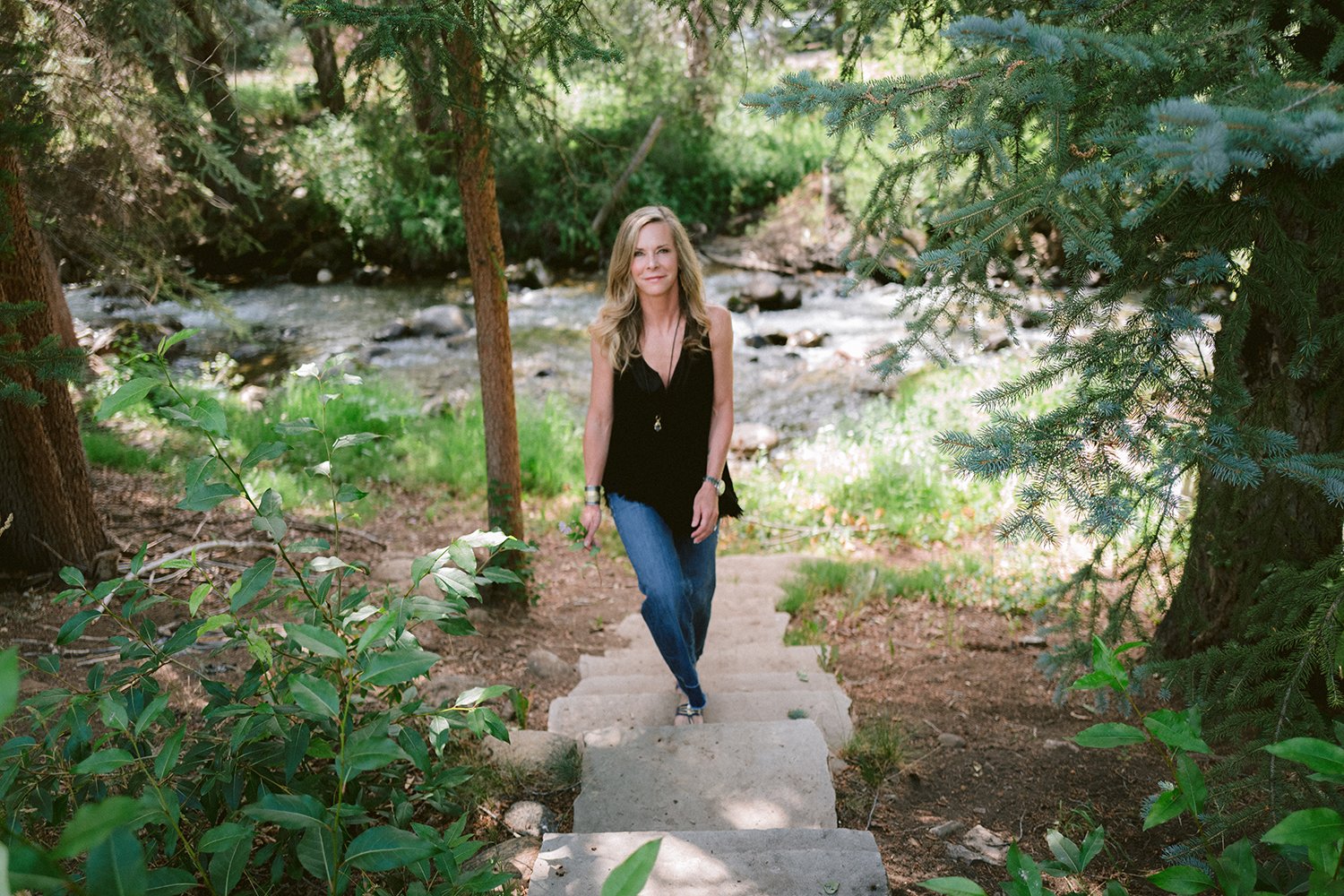 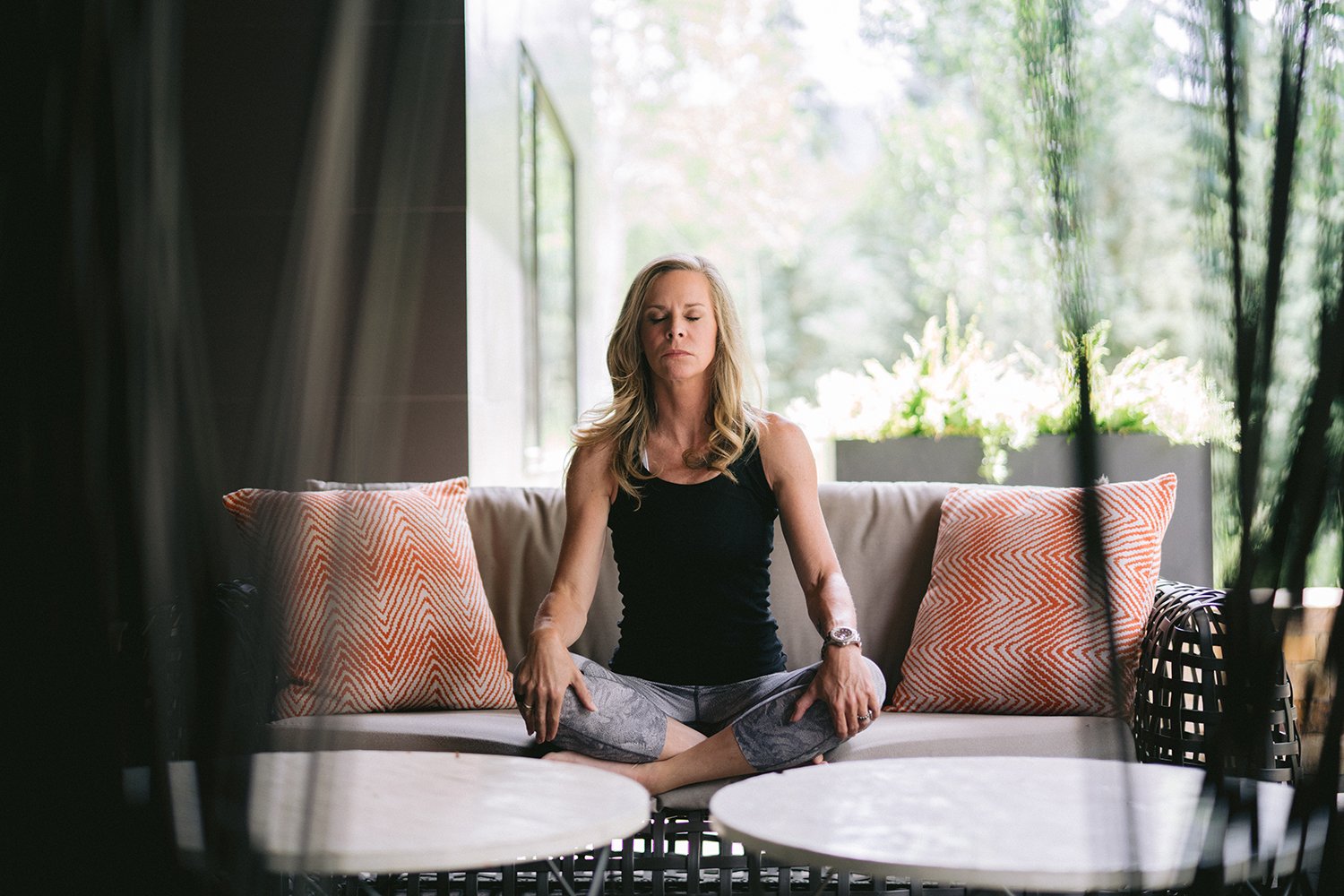 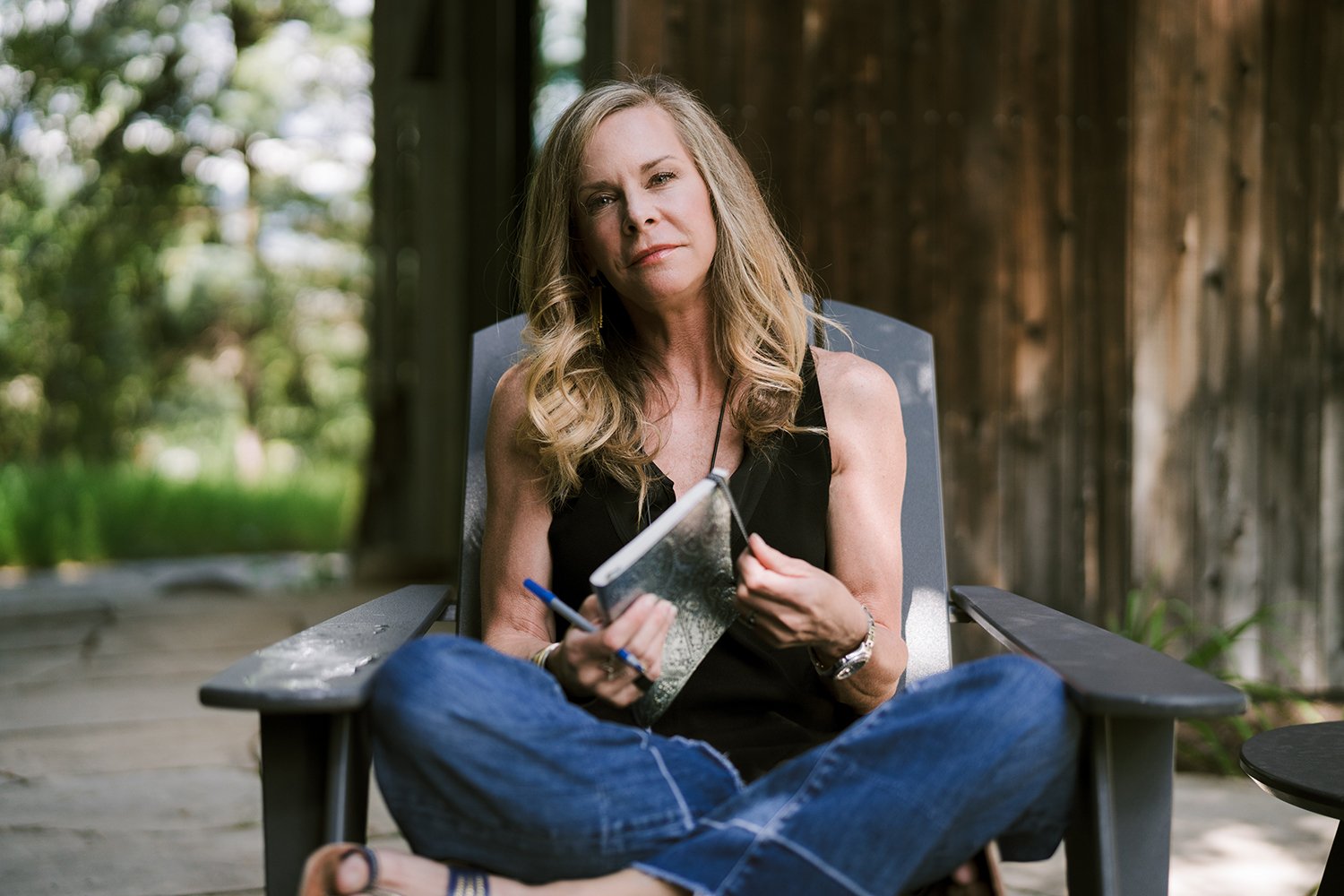 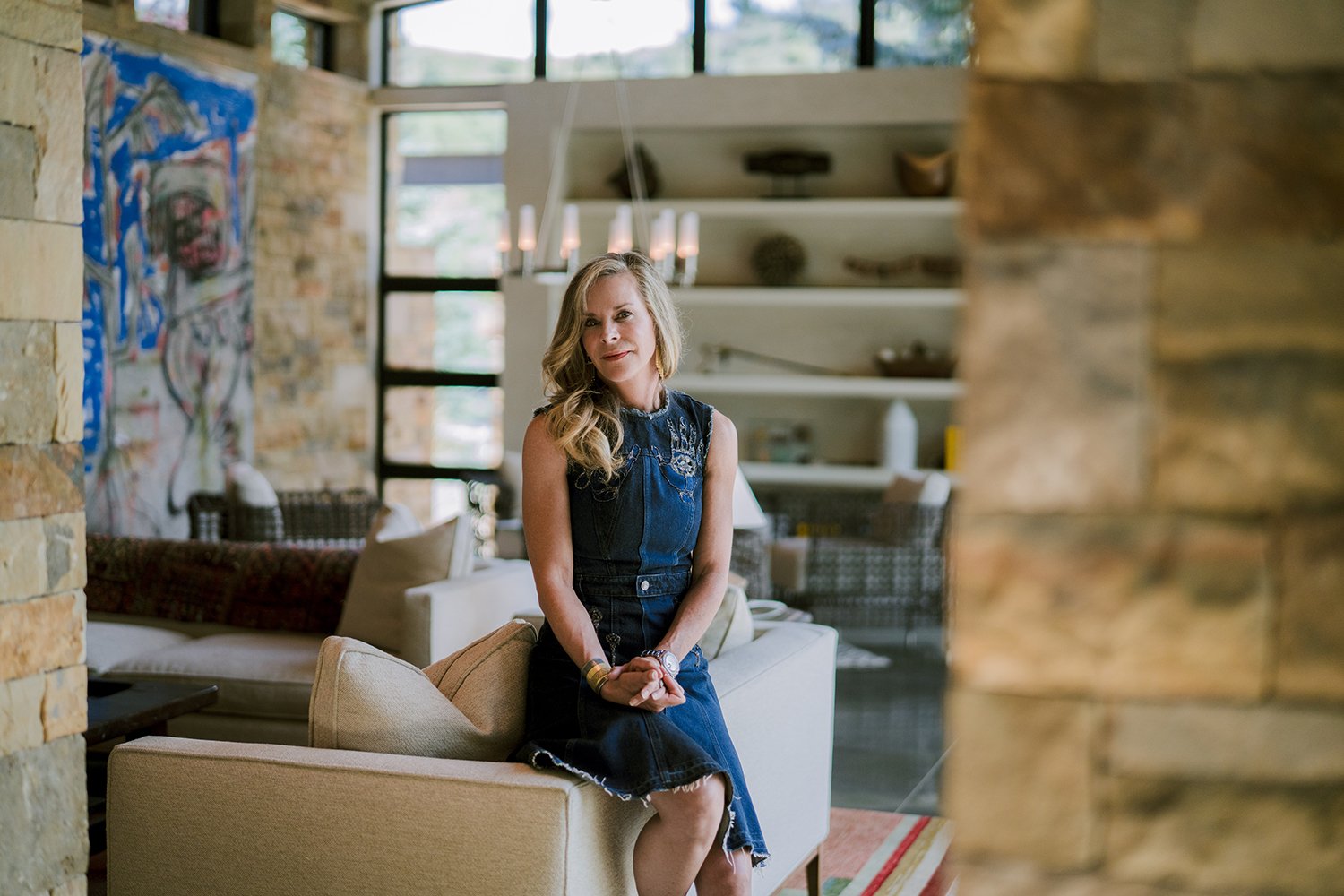