Chris & Pete Thompson: Nothing to Hide 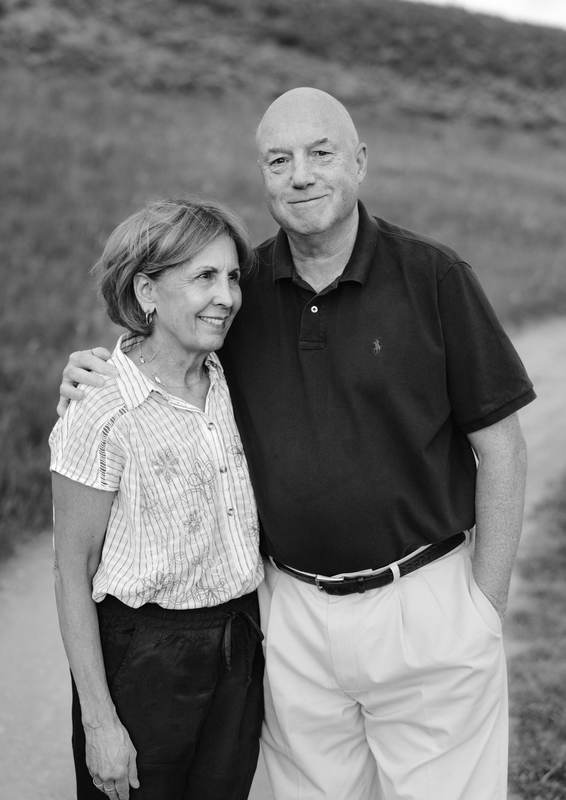 Chris and Pete Thompson love to welcome guests into their home for a meal or gathering. While raising four children in Virginia in the 1980s and ‘90s, the Thompsons were always hosting the kids’ friends for breakfasts before school or hangouts on the weekends. Now more than 30 years later, they have settled in Singletree for retirement and continue to open their doors to new acquaintances.

Family photos fill their living room. Front and center is the sweet face of the Thompsons’ new grandchild, then surrounding are many older memories of Chris and Pete, their daughters, Claire and Abby, and their identical twin sons, Matt and Jim.

“Oh, these must be your children. What are they up to these days?”

“Claire is 36 and an entertainment lawyer in Beverly Hills, California. Abby, she’s 35, has her masters in social work and is married to Tyler — they recently had our granddaughter, who is the greatest grandchild in the world. Matt is 40 and was working on Wall Street for an investment bank but now works in tech in California. And that’s our son Jim, also 40. Jim is our son who has a lot of addiction issues. We don’t actually know where he is right now.”

Chris and Pete have nothing to hide. For 10 years, they have been battling with the reality that their son is completely at the mercy of his disease. Their story is heartbreaking by anyone’s standards, and yet they continue to share it in the hope of helping others who have loved ones struggling with addiction.

“People have often asked me, ‘What would be your advice to someone who has an addicted child or loved one or for dealing with the pain?’ I just say, ‘Get help for yourself.’ The most important thing is to take care of yourself, whether you get some counseling, talk to somebody who is dealing with what you're dealing with or go to a support group.”

From Idyllic to Addiction
Raising the kids in Virginia was what Pete describes as “idyllic.” Pete worked hard as an executive for a national home-building company, and Chris as a stay-at-home mom, volunteering at the kids’ schools and other organizations. All the kids were high achievers with what seemed like natural, good-natured competitiveness amongst each other and their peers. Chris and Pete remember Matt and Jim becoming increasingly competitive through middle and high school. They hung out with the same friend group, and there was always an edge of rivalry between them.

“We did notice a change in the family dynamic one night at dinner,” Pete shares. “We were all having a great time together and everybody’s laughing and goofing around, and Jim just out of the blue said, ‘You hate me.’ And he got up and walked off. The rest of us looked at each other because it was so shocking that that could be said; we were all just stunned.”

Chris and Pete agree they now recognize this and other hints over the years as a reflection of insecurities Jim was feeling. Jim, however, did not often let on to feelings of inadequacy, continuing to create success for himself for years to come.

“All four kids, not to be bragging, but they are super smart kids,” explains Chris. “Claire, Matt and Jim were all valedictorians, and Abby was almost one.” Matt, Jim and Claire, Pete always says, were ‘trained killers’ because they were so intense. We would say, ‘Guys, relax.’ And they would be like, ‘I’ve got to get that A.’ Abby on the other hand was not as intense, but competitive in her own way.”

After high school, Jim went to Duke for undergrad and Matt went to Vanderbilt, minimizing their ability to cast direct shadows on one another.

Jim wasn’t very communicative with the family during his college days. Other than sensing his isolation patterns and witnessing the typical party behavior of a young man in his twenties, the family didn’t have reasons to worry about him. He was accepted into law school at the University of Denver and got his JD and MBA, finishing number one in his law school class.

“He started working in New York for a big, big law firm in mergers and acquisitions,” shares Pete. “That’s really when things hit the rails. Because it was Wall Street, it’s the type of law firm job where the kids work 100 to 120 hours a week and they take Adderall to stay awake and then Xanax to go to sleep.”

“Addiction can be a hereditary disease and I think Jim has the gene,” Chris says. “I also think Jim experimented a lot with drugs in college and had done a lot of different drugs. He got to the law firm and he was taking that Adderall and it just made him feel so much better, I think, and so that's what he got super addicted to. The substitute for Adderall on the street is methamphetamine, and that's what he's completely addicted to now.”

“And has been for years,” adds Pete.

Unconditional Love
The Thompsons coordinated their first intervention with Jim 10 years ago. Since then, there have been 10 hard or soft interventions with counselors, as well as countless times when Chris or Pete have stepped in during a crisis situation. So many of the stories are hard to fathom, like when they traveled across the world to get Jim out of a Thai prison where he was charged for possessing and selling drugs.

Last March when COVID-19 hit, Chris and Pete jumped in to intervene when Jim was found in Las Vegas, homeless and unconscious.

"I knew he was mentally ill. Whether it was from drugs or he was actually mentally ill, who knows, but I thought it was from drug use,” Chris shares. “So I said, ‘Pete, he's going to die on the streets of Vegas. Can we live with that?’ I didn't know if I could live with that, honestly. So because of that, we called an interventionist that we've used before. That was the last time we really intervened.”

In the past decade, Jim has been admitted to rehab eight times. After Vegas, Jim was at a rehab center outside of Dallas and announced he was leaving.

“Well, when you leave, what are you going to do?” Jim’s counselor asked him.

In May 2021, the phone rang at the Thompsons’ house. Jim was calling from Miami while on a 72-hour psych hold. Most recently, Chris and Pete were notified when Jim was incarcerated in a Miami jail.

Learning her son is incarcerated actually brings Chris some relief, she shares. At least then he is not out on the streets.

“I pray all the time that I will know when and if he dies because that will just bring good closure to me,” she shares. “When he’s homeless, running around, even in Miami recently, I thought, we may never know.”

In July 2021, Jim was remanded to a court-appointed rehab in Miami. Chris and Pete began talking to him daily and some hope began to shine through.

Chris and Pete are constantly navigating the line between having hope and being realistic. “Damn hope,” they’ll say, when a spark of light leads to disappointment, yet again. That “damn hope,” though — it’s what keeps miracles illuminated.

If Jim were listening today, he would hear the unconditional love his family has for him.

“We would say, ‘We love you. There’s nothing in the world we want more than for you to recover and get better and be a part of our family,’” shares Chris and Pete. “‘We want to have a relationship with you again. We want to be there for you, but we can’t be there for you unless you’re in recovery. But we love you and we want the best for you.’”

By sharing their story, Chris and Pete hope to break the stigma around mental health and addiction struggles. They want to shed a light on organizations like Eagle Valley Behavioral Health that are providing resources and support. 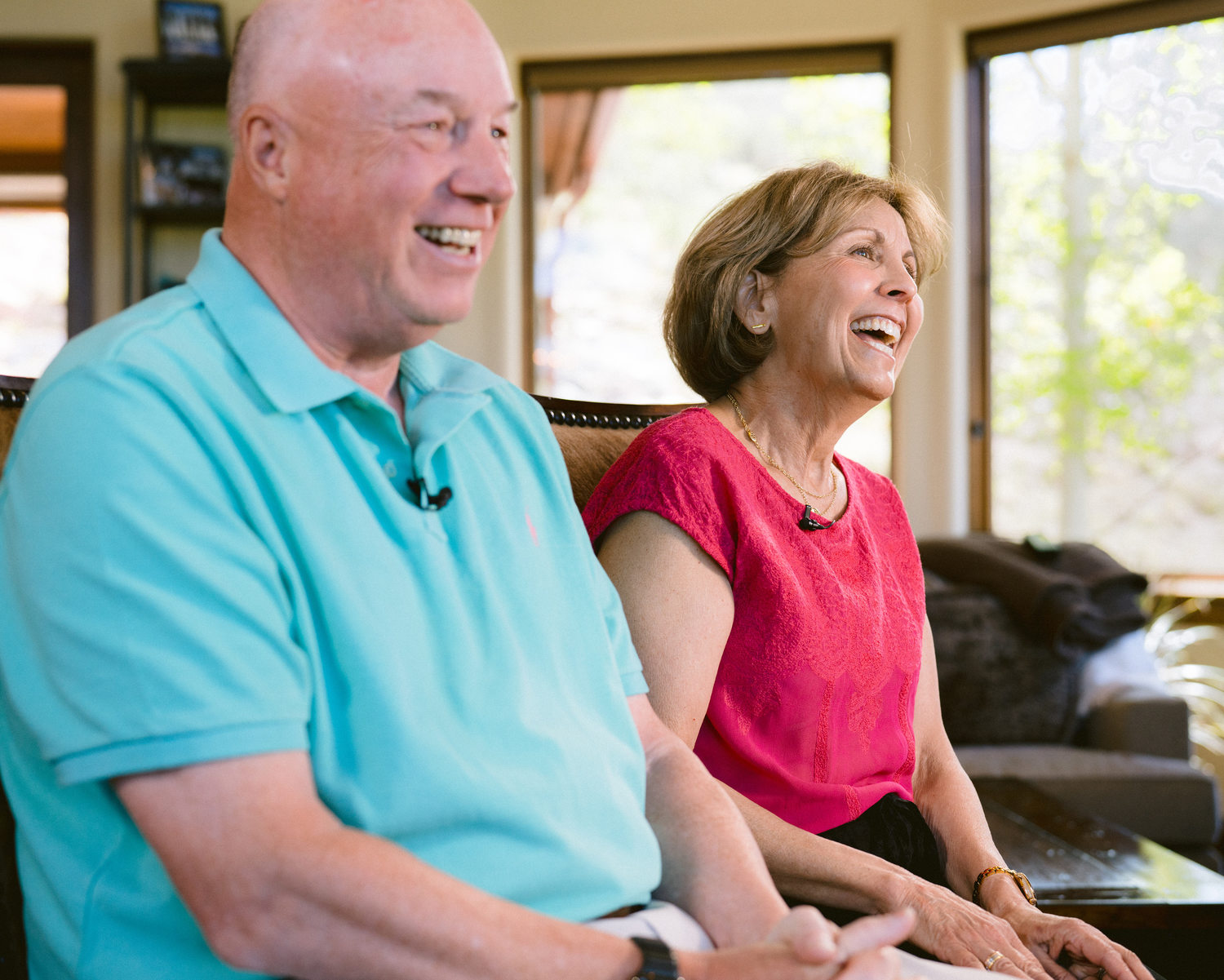 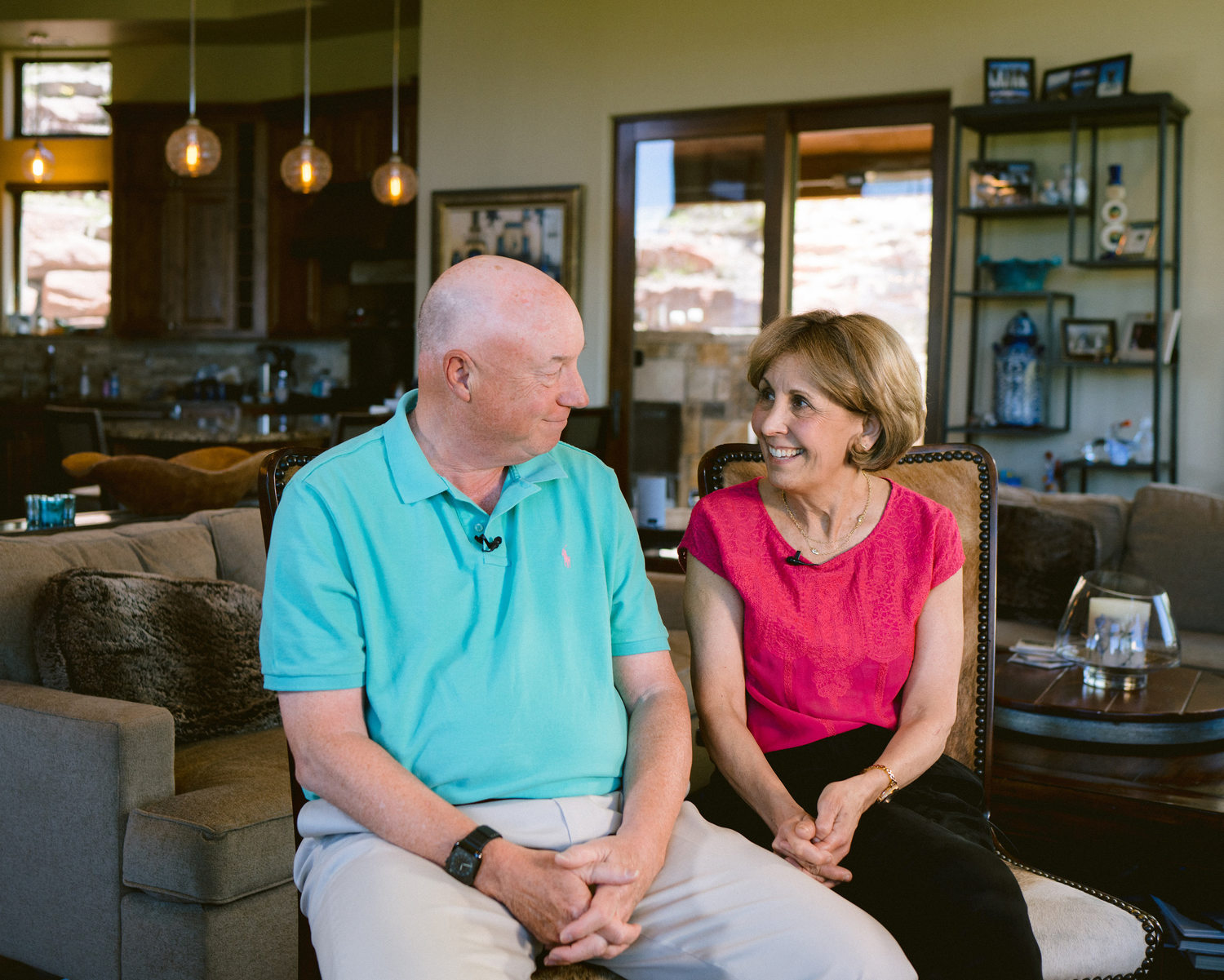 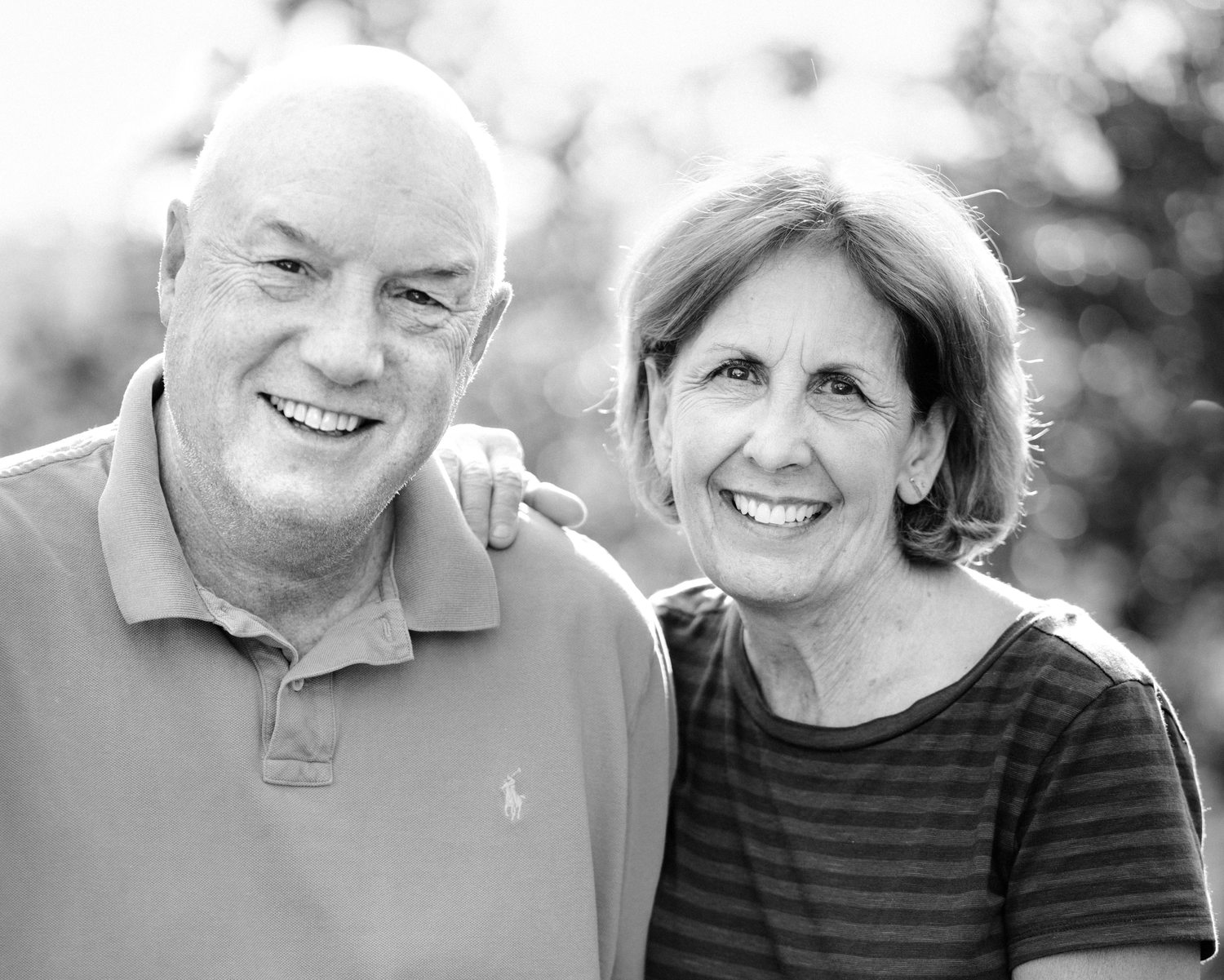 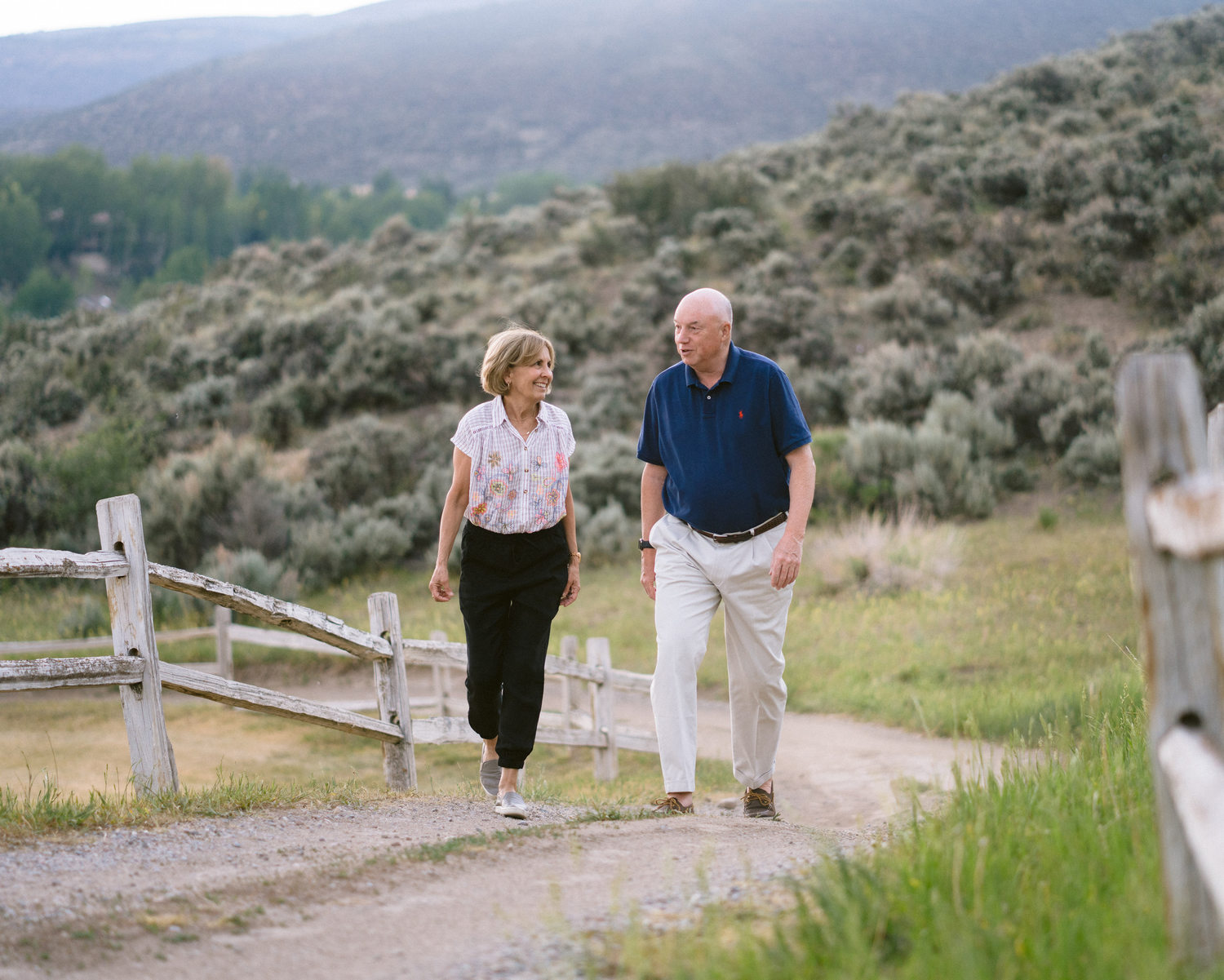 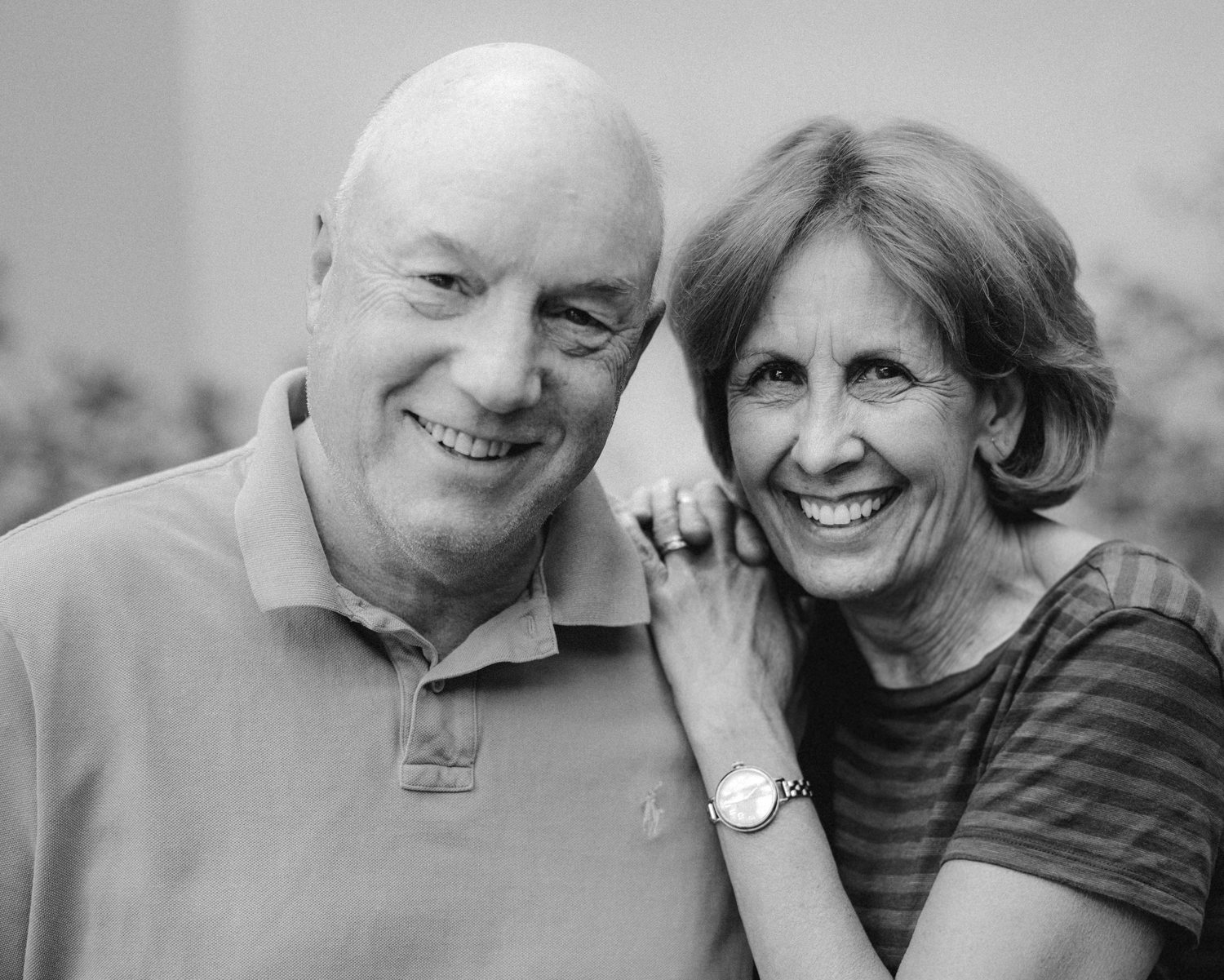